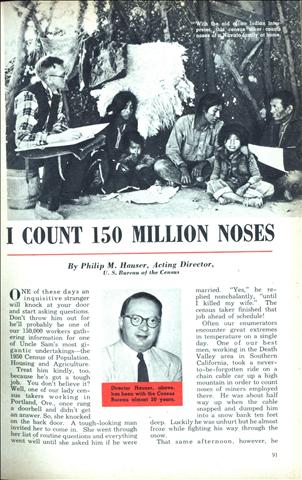 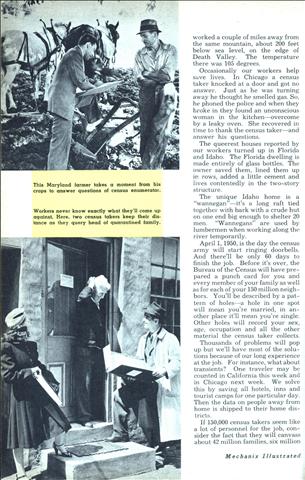 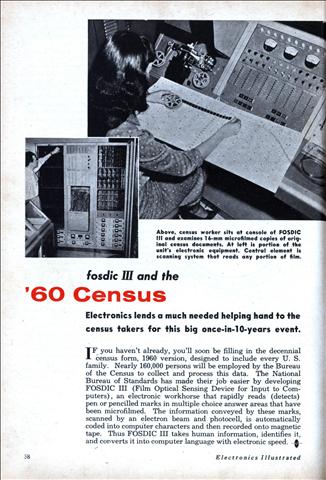 IF you haven’t already, you’ll soon be filling in the decennial census form, 1960 version, designed to include every U. S. family. Nearly 160,000 persons will be employed by the Bureau of the Census to collect and process this data. The National Bureau of Standards has made their job easier by developing FOSDIC III (Film Optical Sensing Device for Input to Computers), an electronic workhorse that rapidly reads (detects) pen or pencilled marks in multiple choice answer areas that have been microfilmed. 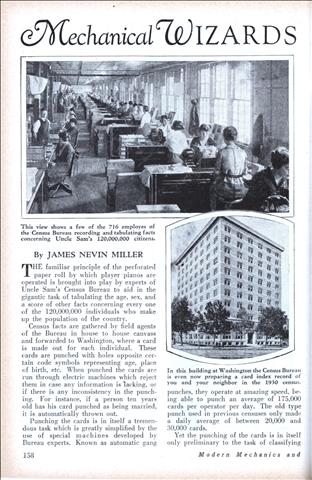 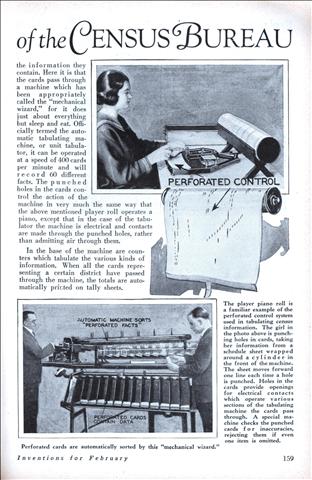 Mechanical WIZARDS of the CENSUS BUREAU

THE familiar principle of the perforated paper roll by which player pianos are operated is brought into play by experts of Uncle Sam’s Census Bureau to aid in the gigantic task of tabulating the age, sex, and a score of other facts concerning every one of the 120,000,000 individuals who make up the population of the country. 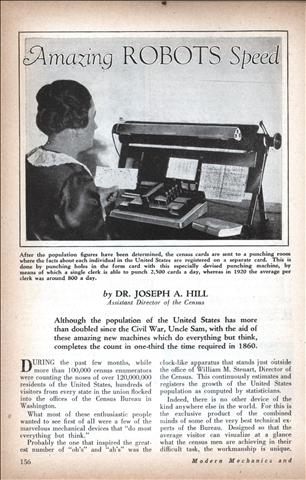 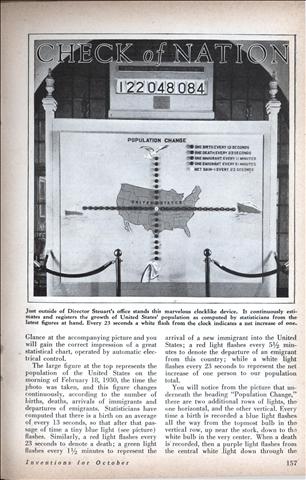 by DR. JOSEPH A. HILL

Assistant Director of the Census Although the population of the United States has more than doubled since the Civil War, Uncle Sam, with the aid of these amazing new machines which do everything but think, completes the count in one-third the time required in 1860.

DURING the past few months, while more than 100,000 census enumerators were counting the noses of over 120,000,000 residents of the United States, hundreds of visitors from every state in the union flocked into the offices of the Census Bureau in Washington. 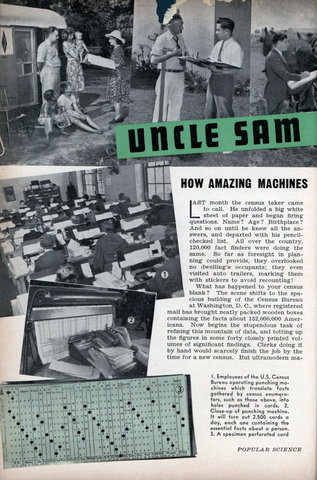 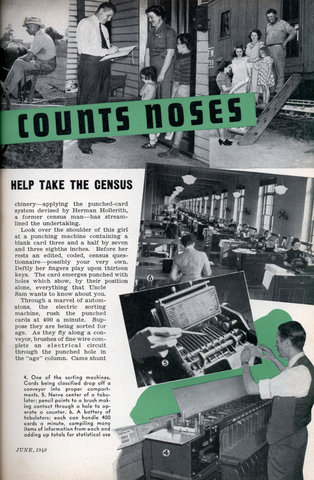 LAST month the census taker came to call. He unfolded a big white sheet of paper and began firing questions. Name? Age? Birthplace? And so on until he knew all the answers, and departed with his pencil-checked list. All over the country, 120,000 fact finders were doing the same. So far as foresight in planning could provide, they overlooked no dwelling’s occupants; they even visited auto trailers, marking them with stickers to avoid recounting!

The census department had some serious technical chops in 1950. Census workers were given maps and aerial photos of their districts so they could find all of the residences. The punch card counting machines seem pretty advanced as well with data validation circuits that would reject, for example, a two year old with six kids. I wonder how many kids they considered it alright for a two year old to have? 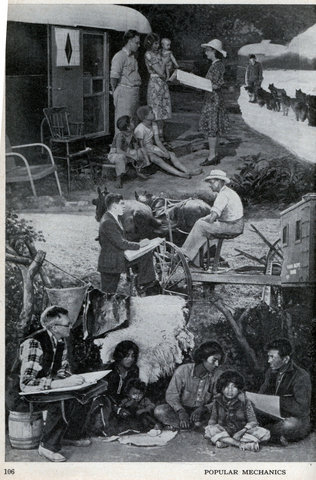 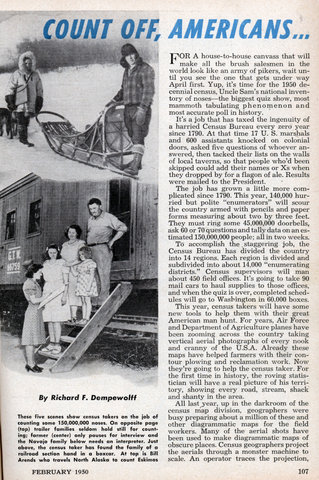 For A house-to-house canvass that will make all the brush salesmen in the world look like an army of pikers, wait until you see the one that gets under way April first. Yup, it’s time for the 1950 decennial census, Uncle Sam’s national inventory of nosesâ€”the biggest quiz show, most mammoth tabulating phenomenon and most accurate poll in history.

It’s a job that has taxed the ingenuity of a harried Census Bureau every zero year since 1790. At that time 17 U. S. marshals and 600 assistants knocked on colonial doors, asked five questions of whoever answered, then tacked their lists on the walls of local taverns, so that people who’d been skipped could add their names or Xs when they dropped by for a flagon of ale. Results were mailed to the President.