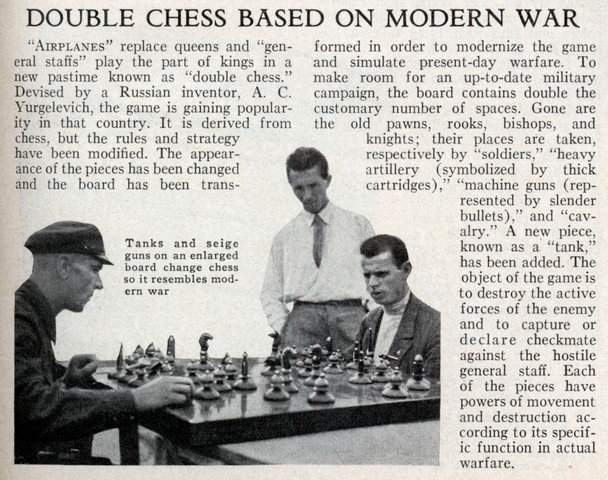 “Airplanes” replace queens and “general staffs” play the part of kings in a new pastime known as “double chess.” Devised by a Russian inventor, A. C. Yurgelevich, the game is gaining popularity in that country. It is derived from chess, but the rules and strategy have been modified.