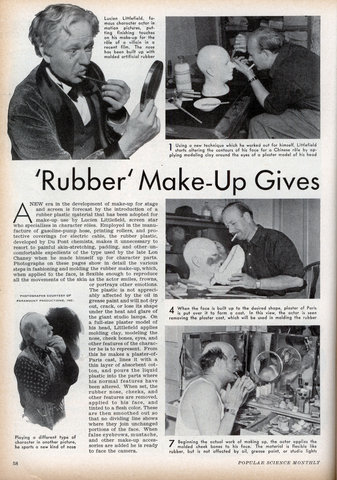 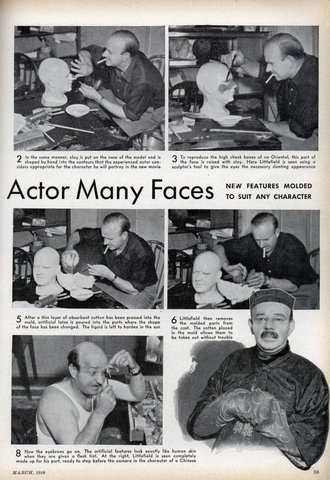 A NEW era in the development of make-up for stage and screen is forecast by the introduction of a rubber plastic material that has been adopted for make-up use by Lucien Littlefield, screen star who specializes in character roles. Employed in the manufacture of gasoline-pump hose, printing rollers, and protective coverings for electric cable, the rubber plastic, developed by Du Pont chemists, makes it unnecessary to resort to painful skin-stretching, padding, and other uncomfortable expedients of the type used by the late Lon Chaney when he made himself up for character parts. 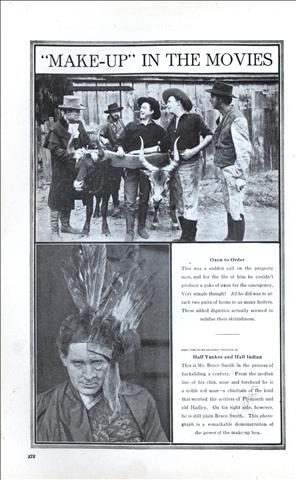 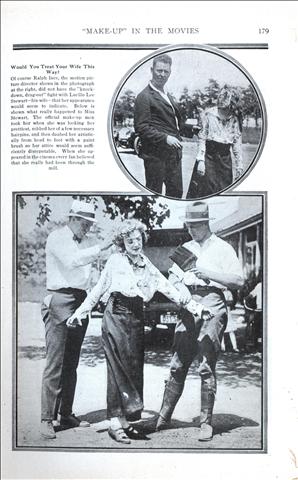 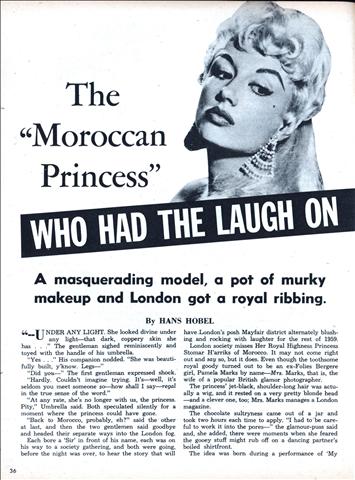 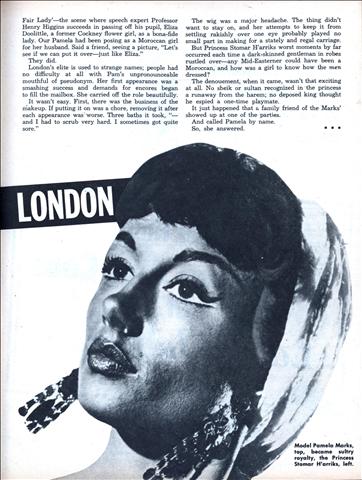 Wladyslaw Theodor Benda passed away about a year after this article came out. Before he started making masks he was an accomplished painter. 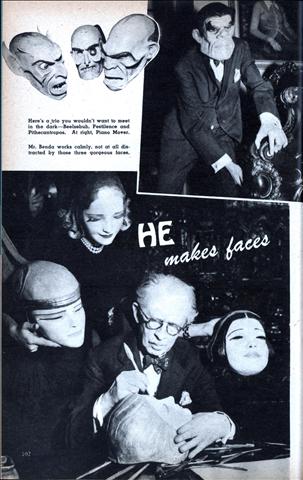 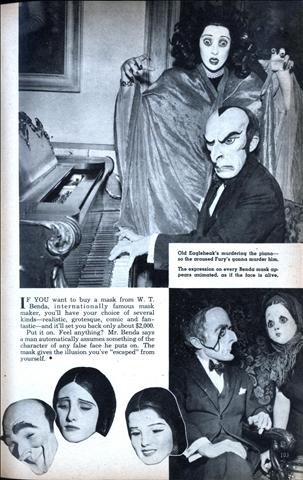 He makes faces
IF YOU want to buy a mask from W. T. Benda, internationally famous mask maker, you’ll have your choice of several kinds—realistic, grotesque, comic and fantastic—and it’ll set you back only about $2,000.

Put it on. Feel anything? Mr. Benda says a man automatically assumes something of the character of any false face he puts on. The mask gives the illusion you’ve “escaped” from yourself.