Only one-fourth the size of a match’s head and set in half of a small pearl, this dynamo speeds at 6,000 rotations a minute and generates electricity that can actually be measured by an electrometer. Made by M. Fernand Huguenin, Swiss watchmaker, the machine has 46 stainless steel parts, some of which can only be seen with a microscope, and weighs .06 gram. 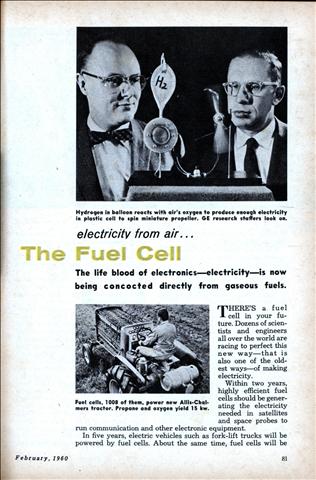 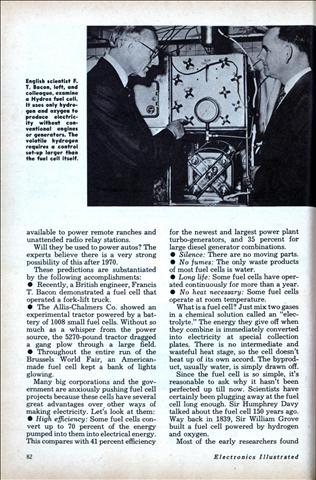 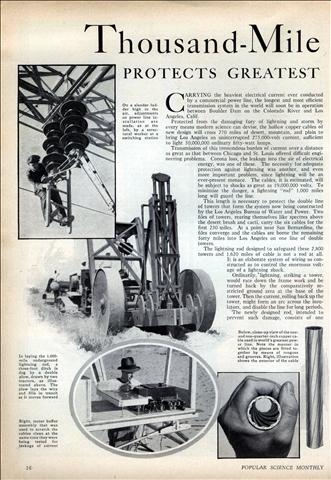 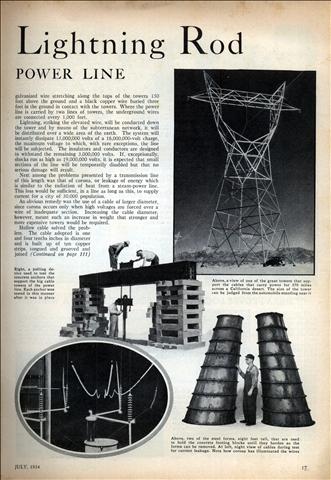 CARRYING the heaviest electrical current ever conducted by a commercial power line, the longest and most efficient transmission system in the world will soon be in operation between Boulder Dam on the Colorado River and Los Angeles, Calif. 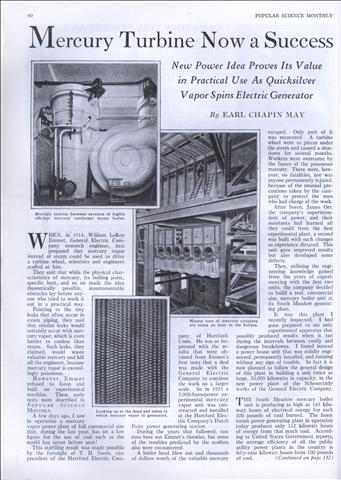 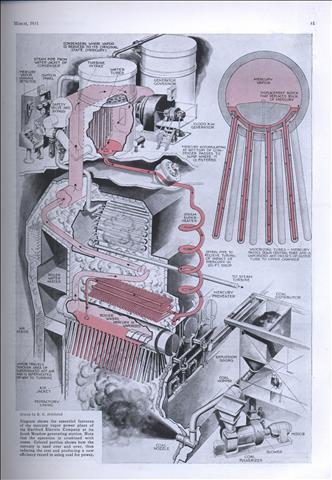 I’m pretty sure there are better ways to generate electricity on a train than using a windmill, maybe even ones that work when it’s not moving. 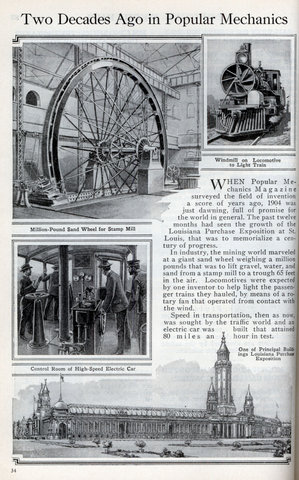 Two Decades Ago in Popular Mechanics

WHEN Popular Mechanics Magazine surveyed the field of invention a score of years ago, 1904 was just dawning, full of promise for the world in general. The past twelve months had seen the growth of the Louisiana Purchase Exposition at St. Louis, that was to memorialize a century of progress. 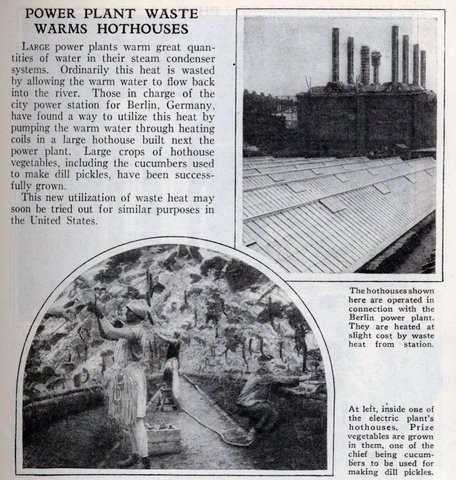 Large power plants warm great quantities of water in their steam condenser systems. Ordinarily this heat is wasted by allowing the warm water to flow back into the river. Those in charge of the city power station for Berlin, Germany, have found a way to utilize this heat by pumping the warm water through heating coils in a large hothouse built next the power plant. Large crops of hothouse vegetables, including the cucumbers used to make dill pickles, have been successfully grown.

This new utilization of waste heat may soon be tried out for similar purposes in the United States.

Modern Mechanix
Issue: May, 1929
Posted in: Automotive, Impractical
Tags: electrical power, radio power
5 Comments on Autos to be Powered BY RADIO (May, 1929) 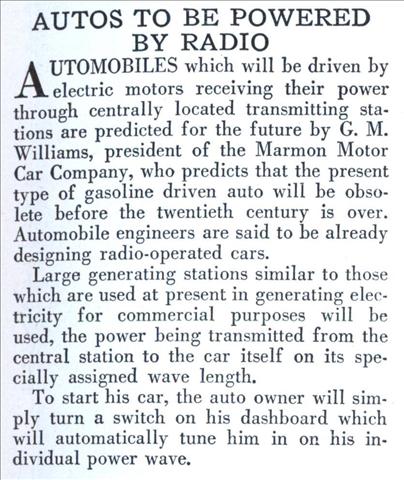 Autos to be Powered BY RADIO

AUTOMOBILES which will be driven by electric motors receiving their power through centrally located transmitting stations are predicted for the future by G. M. Williams, president of the Marmon Motor Car Company, who predicts that the present type of gasoline driven auto will be obsolete before the twentieth century is over. Automobile engineers are said to be already designing radio-operated cars. 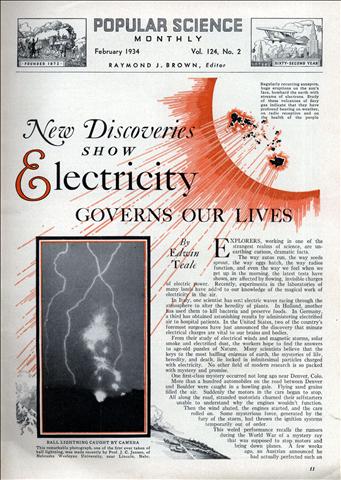 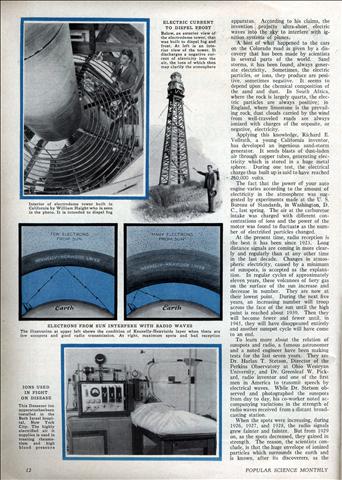 EXPLORERS, working in one of the strangest realms of science, are unearthing curious, dramatic facts. The way autos run, the way seeds sprout, the way eggs hatch, the way radios function, and even the way we feel when we get up in the morning, the latest tests have shown, are affected by flowing, invisible charges of electric power. Recently, experiments in the laboratories of many lands have added to our knowledge of the magical work of electricity in the air. 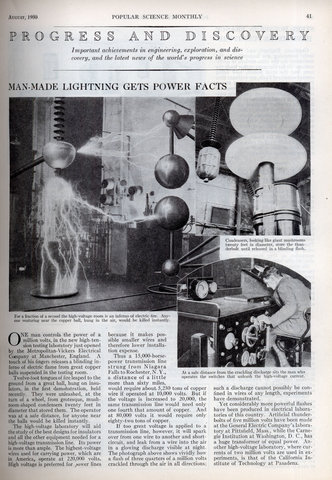 ONE man controls the power of a million volts, in the new high-tension testing laboratory just opened by the Metropolitan-Vickers Electrical Company at Manchester, England. A touch of his fingers releases a blinding inferno of electric flame from great copper balls suspended in the testing room.

Twelve-foot tongues of fire leaped to the ground from a great ball, hung on insulators, in the first demonstration, held recently. They were unleashed, at the turn of a wheel, from grotesque, mushroom-shaped condensers twenty feet in diameter that stored them. The operator was at a safe distance, for anyone near the balls would be killed instantly.