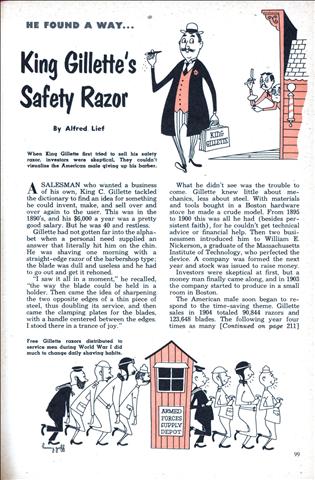 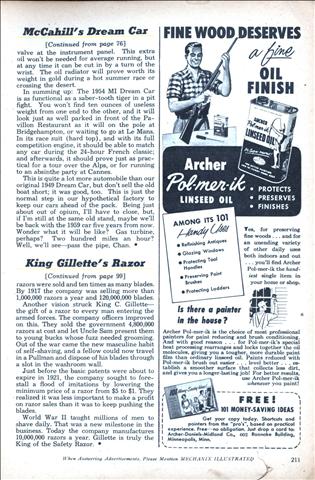 A SALESMAN who wanted a business of his own, King C. Gillette tackled the dictionary to find an idea for something he could invent, make, and sell over and over again to the user. This was in the 1890’s, and his $6,000 a year was a pretty good salary. But he was 40 and restless.

Gillette had not gotten far into the alphabet when a personal need supplied an answer that literally hit him on the chin. He was shaving one morning with a straight-edge razor of the barbershop type; the blade was dull and useless and he had to go out and get it rehoned.