Archive
Tag "how it works" 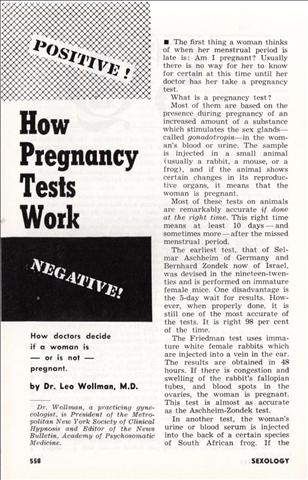 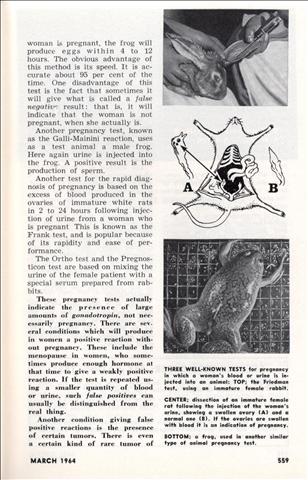 Mechanix Illustrated
Issue: Nov, 1954
Posted in: How to
Tags: how it works, parking
1 Comment on Inside A Parking Meter (Nov, 1954) 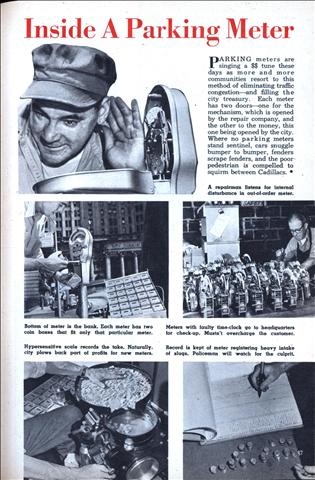 Inside A Parking Meter
PARKING meters are singing a $$ tune these days as more and more communities resort to this method of eliminating traffic congestion—and filling the city treasury. Each meter has two doors—one for the mechanism, which is opened by the repair company, and the other to the money, this one being opened by the city. Where no parking meters stand sentinel, cars snuggle bumper to bumper, fenders scrape fenders, and the poor pedestrian is compelled to squirm between Cadillacs. •\