Modern Mechanix
Issue: Jun, 1930
Posted in: Architecture, How to
Tags: how its made
No Comments on Tricks of the House-Wreckers (Jun, 1930) 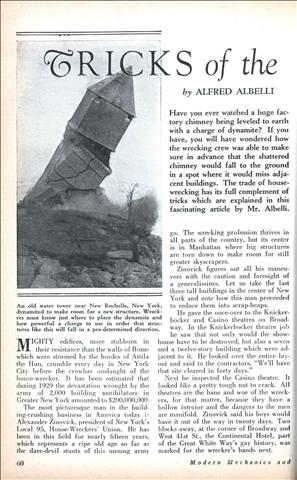 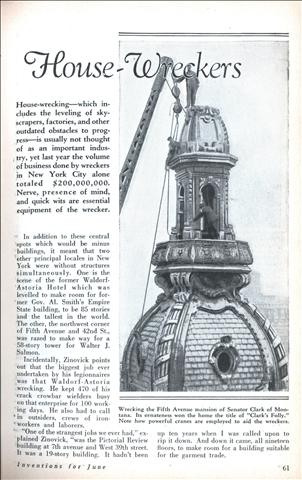 Have you ever watched a huge factory chimney being leveled to earth with a charge of dynamite? If you have, you will have wondered how the wrecking crew was able to make sure in advance that the shattered chimney would fall to the ground in a spot where it would miss adjacent buildings. The trade of house-wrecking has its full complement of tricks which are explained in this fascinating article by Mr. Albelli.

Popular Mechanics
Issue: Jun, 1935
Posted in: How to
Tags: how its made
No Comments on Ice-Cream Bars Are Made Easily with Dipping Outfit (Jun, 1935)

Ice-Cream Bars Are Made Easily with Dipping Outfit (Jun, 1935) 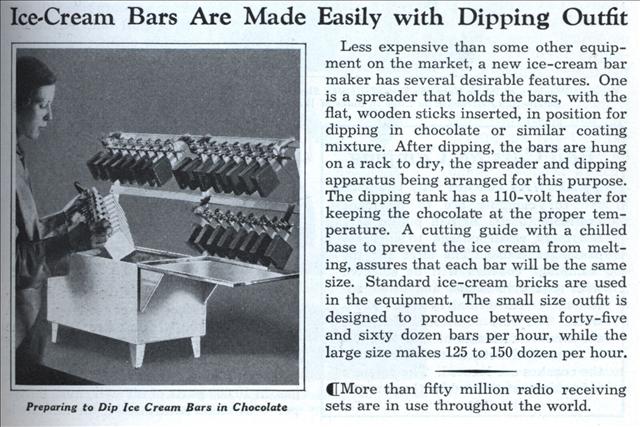 Ice-Cream Bars Are Made Easily with Dipping Outfit

Less expensive than some other equipment on the market, a new ice-cream bar maker has several desirable features. One is a spreader that holds the bars, with the flat, wooden sticks inserted, in position for dipping in chocolate or similar coating mixture. After dipping, the bars are hung on a rack to dry, the spreader and dipping apparatus being arranged for this purpose.

Popular Mechanics
Issue: Jun, 1936
Posted in: How to
Tags: how its made
3 Comments on Modern Wonders of an Ancient Art (Jun, 1936) 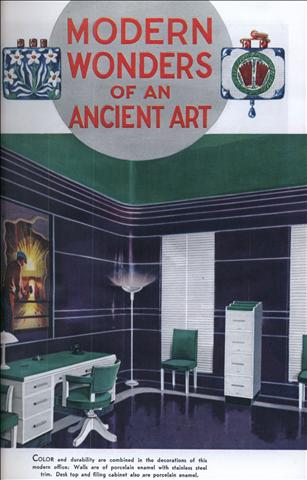 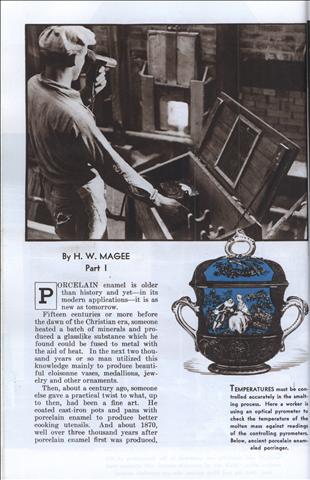 Modern Wonders of an Ancient Art

Part I PORCELAIN enamel is older than history and yetâ€”in its modern applicationsâ€”it is as new as tomorrow. Fifteen centuries or more before the dawn of the Christian era, someone heated a batch of minerals and produced a glasslike substance which he found could be fused to metal with the aid of heat. In the next two thousand years or so man utilized this knowledge mainly to produce beautiful cloisonne vases, medallions, jewelry and other ornaments.

Popular Mechanics
Issue: Mar, 1941
Posted in: General
Tags: how its made
No Comments on LITTLE GIANTS of INDUSTRY (Mar, 1941) 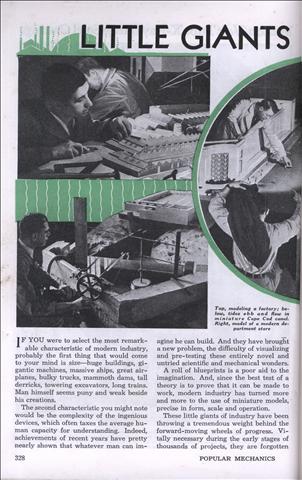 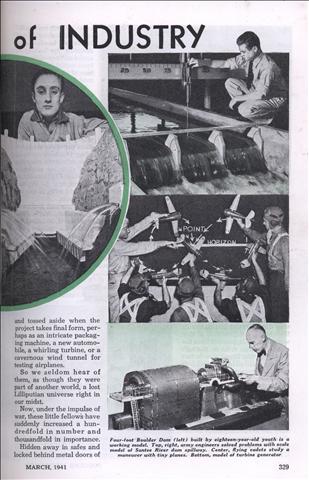 IF YOU were to select the most remarkable characteristic of modern industry, probably the first thing that would come to your mind is sizeâ€”huge buildings, gigantic machines, massive ships, great airplanes, bulky trucks, mammoth dams, tall derricks, towering excavators, long trains. Man himself seems puny and weak beside his creations.

Modern Mechanix
Issue: Nov, 1929
Posted in: Origins
Tags: how its made
5 Comments on SLICING BREAD by Machinery (Nov, 1929) 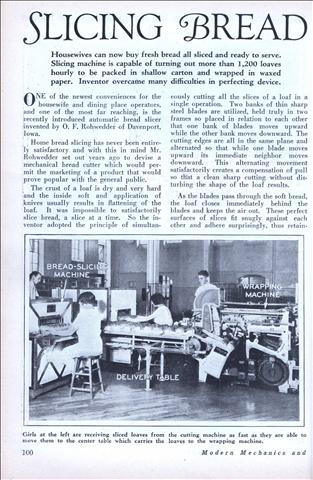 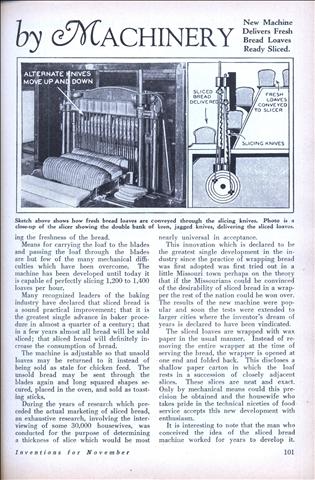 Housewives can now buy fresh bread all sliced and ready to serve. Slicing machine is capable of turning out more than 1,200 loaves hourly to be packed in shallow carton and wrapped in waxed paper. Inventor overcame many difficulties in perfecting device.

ONE of the newest conveniences for the housewife and dining place operators, and one of the most far reaching, is the recently introduced automatic bread slicer invented by O. F. Rohwedder of Davenport, Iowa.

Modern Mechanix
Issue: May, 1936
Posted in: Origins
Tags: how its made
1 Comment on LINOLEUM- Another Industrial “Accident” (May, 1936)

LINOLEUM- Another Industrial “Accident” (May, 1936) 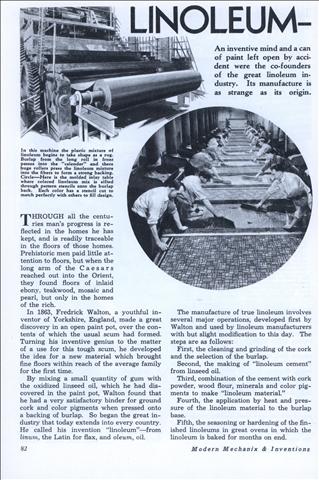 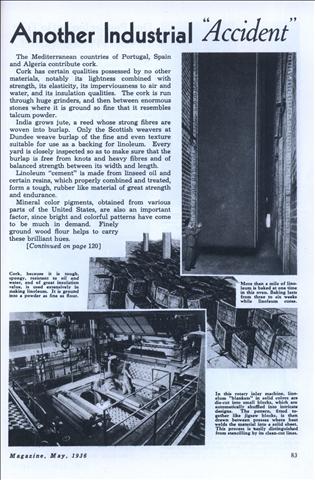 An inventive mind and a can of paint left open by accident were the co-founders of the great linoleum industry. Its manufacture is as strange as its origin.

THROUGH all the centuries man’s progress is reflected in the homes he has kept, and is readily traceable in the floors of those homes. Prehistoric men paid little attention to floors, but when the long arm of the Caesars reached out into the Orient, they found floors of inlaid ebony, teakwood, mosaic and pearl, but only in the homes of the rich.

Popular Science
Issue: May, 1959
Posted in: General
Tags: how its made
2 Comments on Workers Wear Space Suits in New Gas-Filled Factory (May, 1959) 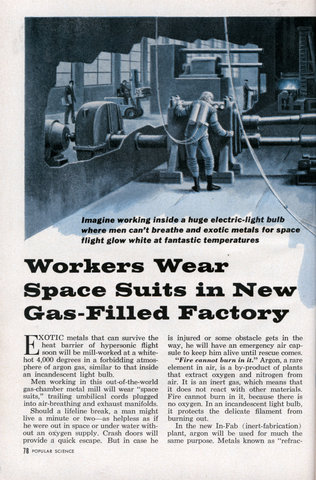 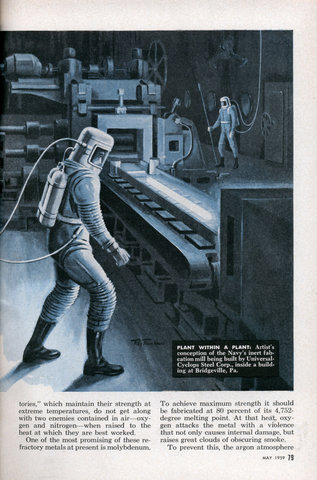 EXOTIC metals that can survive the heat barrier of hypersonic flight soon will be mill-worked at a white-hot 4,000 degrees in a forbidding atmosphere of argon gas, similar to that inside an incandescent light bulb.

Should a lifeline break, a man might live a minute or twoâ€”as helpless as if he were out in space or under water without an oxygen supply. Crash doors will provide a quick escape. But in case he is injured or some obstacle gets in the way, he will have an emergency air capsule to keep him alive until rescue comes.

Popular Mechanics
Issue: Nov, 1936
Posted in: How to
Tags: food, food processing, how its made
1 Comment on Pretzel Bending Machine Solves Problem (Nov, 1936) 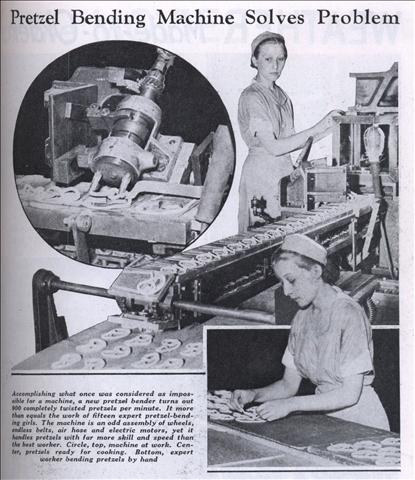 Accomplishing what once was considered as impossible for a machine, a new pretzel bender turns out 900 completely twisted pretzels per minute. It more than equals the work of fifteen expert pretzel-bending girls. The machine is an odd assembly of wheels, endless belts, air hose and electric motors, yet it handles pretzels with far more skill and speed than the best worker. Circle, top, machine at work. Center, pretzels ready for cooking. Bottom, expert worker bending pretzels by hand . 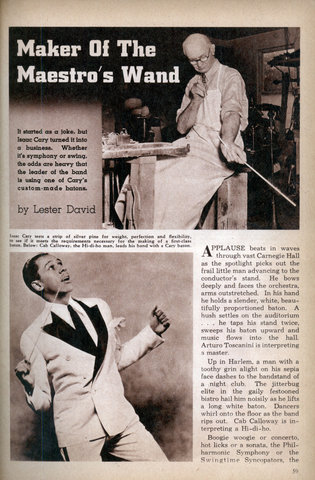 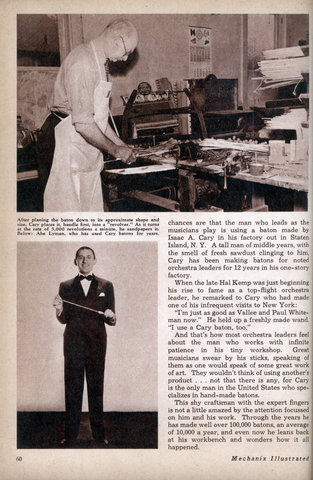 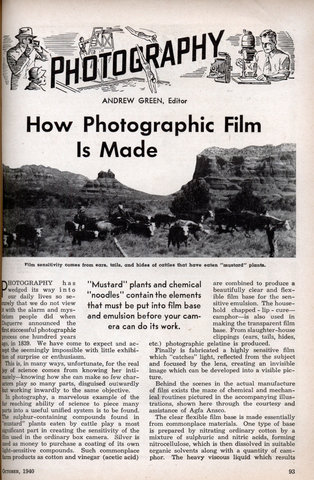 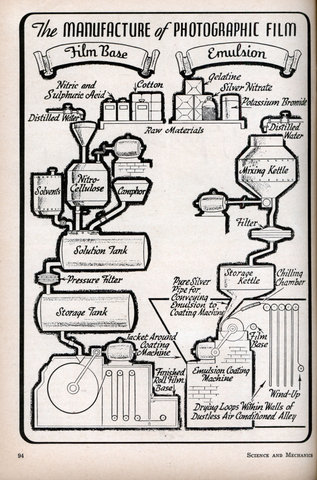