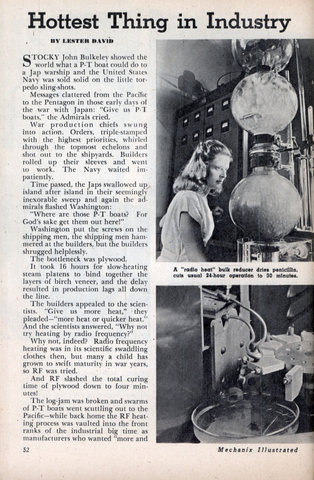 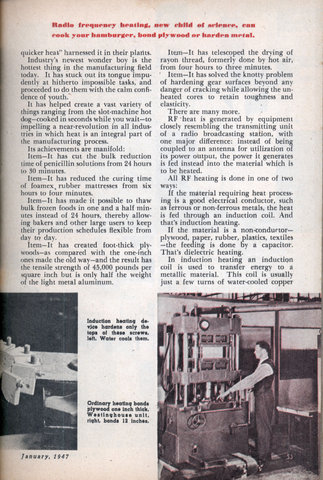 People on the go will welcome an oven that makes cooking chores a pleasure. Imagine a “piping hot” TV dinner (frozen) in 3 and 1/2 minutes* instead of 20 to 50 minutes. Bake a potato in 5 minutes* instead of 60 minutes. Fry crisp bacon in 90 seconds on a paper plate. Great for those left overs. Countertop designed. Works on 115 vac house circuit. Write for folder. $545.00