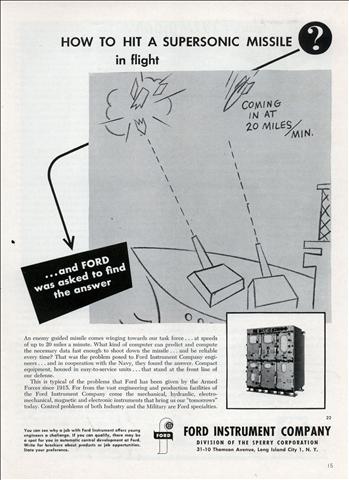 HOW TO HIT A SUPERSONIC MISSILE in flight?

An enemy guided missile comes winging towards our task force … at speeds of up to 20 miles a minute. What kind of computer can predict and compute the necessary data fast enough to shoot down the missile… and be reliable every time? That was the problem posed to Ford Instrument Company engineers… and in cooperation with the Navy, they found the answer. Compact equipment, housed in easy-to-service units… that stand at the front line of our defense. 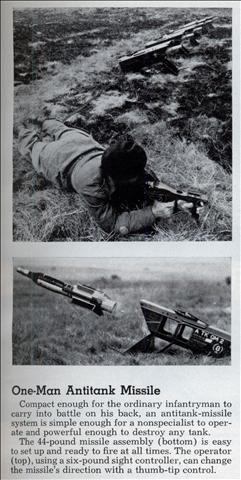 Compact enough for the ordinary infantryman to carry into battle on his back, an antitank-missile system is simple enough for a nonspecialist to operate and powerful enough to destroy any tank.

The 44-pound missile assembly (bottom) is easy to set up and ready to fire at all times. The operator (top), using a six-pound sight controller, can change the missile’s direction with a thumb-tip control. 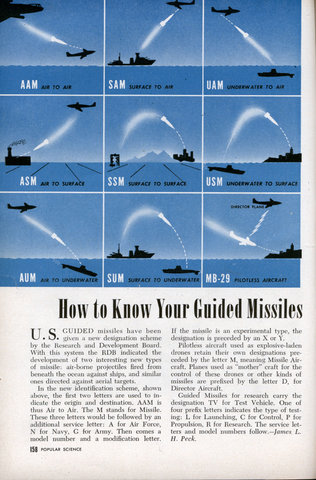 How to Know Your Guided Missiles

U.S. GUIDED missiles have been given a new designation scheme by the Research and Development Board. With this system the RDB indicated the development of two interesting new types of missile: air-borne projectiles fired from beneath the ocean against ships, and similar ones directed against aerial targets. 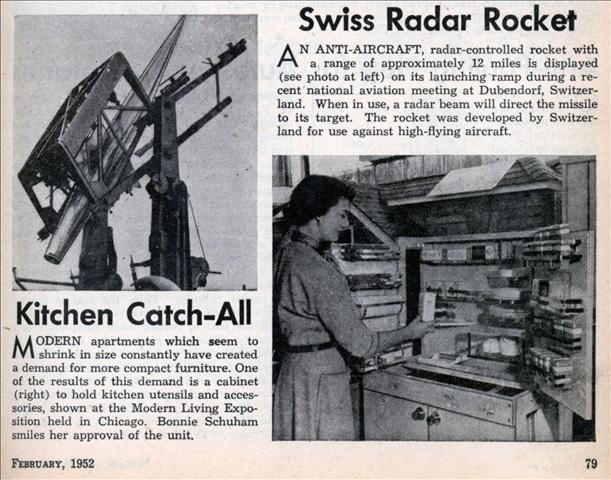 MODERN apartments which seem to shrink in size constantly have created a demand for more compact furniture. One of the results of this demand is a cabinet (right) to hold kitchen utensils and accessories, shown at the Modern Living Exposition held in Chicago. Bonnie Schuham smiles her approval of the unit.

UNCLE SAM’S missile arsenal is contained in this plastic kit made by Monogram Models, Inc., of Chicago. The display boasts 31 molded plastic missile models, covering the full range of current U.S. armament. The 3/32-in. scale models are all clearly labeled and you get a 32-page Know Your Missiles booklet with $2.98 kit. 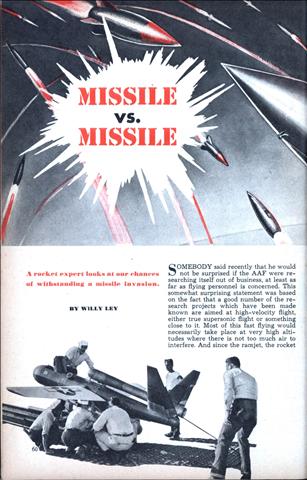 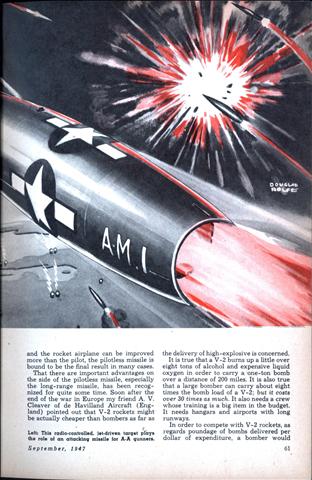 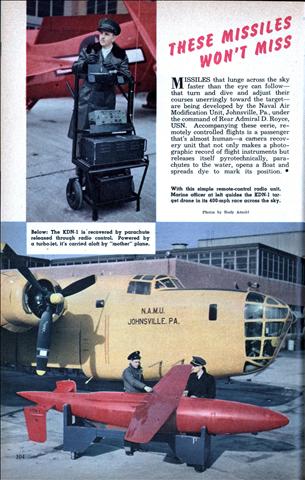 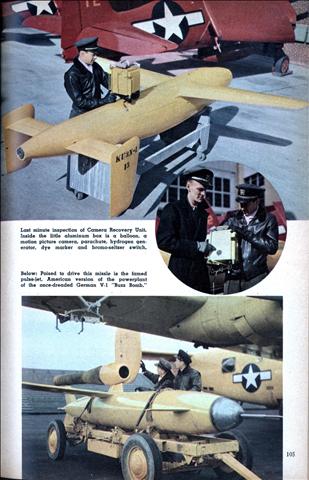 MISSILES that lunge across the sky faster than the eye can follow— that turn and dive and adjust their courses unerringly toward the target— are being developed by the Naval Air Modification Unit, Johnsville, Pa., under the command of Rear Admiral D. Royce, USN. Accompanying these eerie, remotely controlled flights is a passenger that’s almost human—a camera recovery unit that not only makes a photographic record of flight instruments but releases itself pyrotechnically, parachutes to the water, opens a float and spreads dye to mark its position. 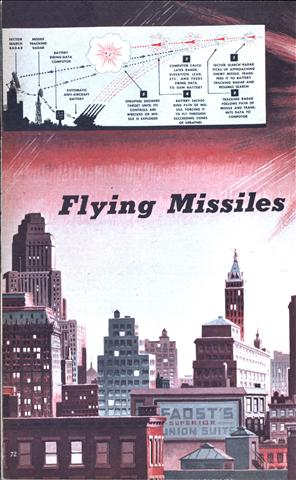 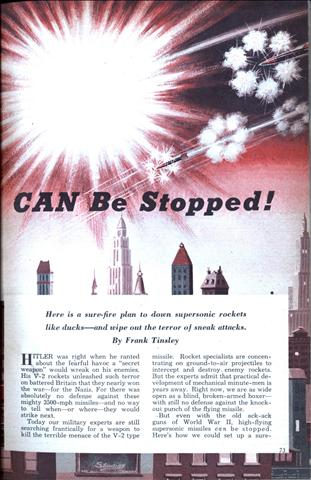 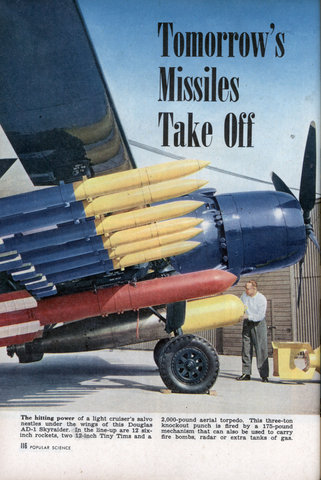 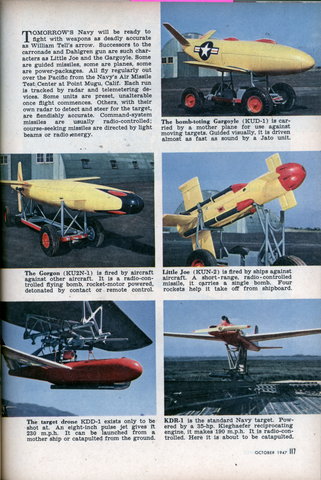