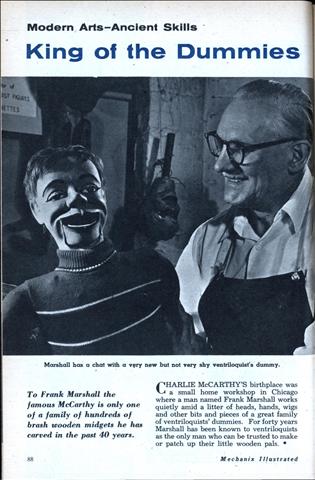 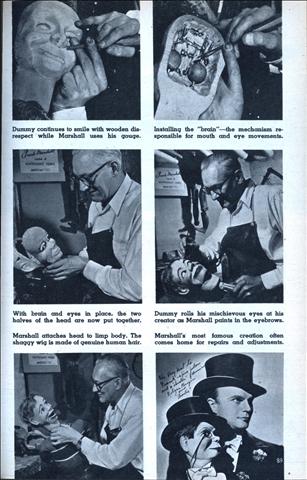 To Frank Marshall the famous McCarthy is only one of a family of hundreds of brash wooden midgets he has carved in the past 40 years. 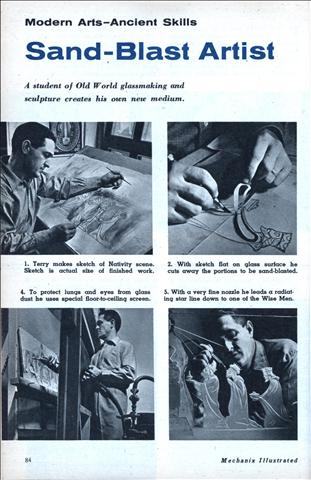 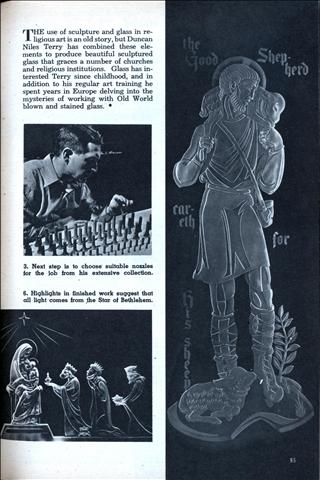 A student of Old World glassmaking and sculpture creates his own new medium.

THE use of sculpture and glass in religious art is an old story, but Duncan Niles Terry has combined these elements to produce beautiful sculptured glass that graces a number of churches and religious institutions. Glass has interested Terry since childhood, and in addition to his regular art training he spent years in Europe delving into the mysteries of working with Old World blown and stained glass.

Every headline sounds better if you stick the word “Atomic” in it. Even if you’re talking about a centuries old technique for making swords. 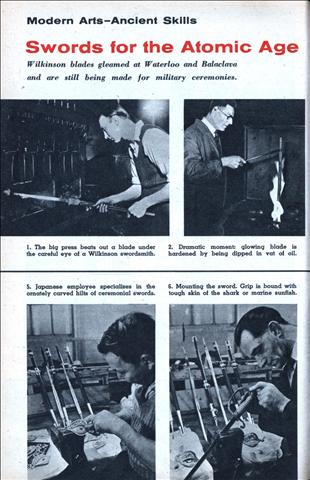 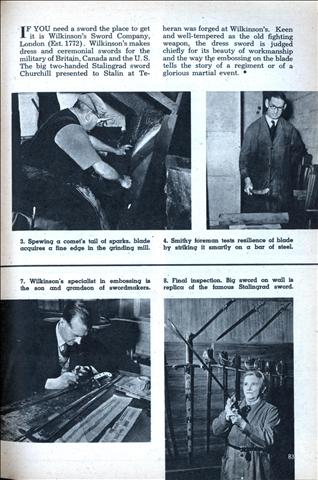 Swords for the Atomic Age

Wilkinson blades gleamed at Waterloo and Balaclava and are still being made for military ceremonies.

IF YOU need a sword the place to get it is Wilkinson’s Sword Company, London (Est. 1772). Wilkinson’s makes dress and ceremonial swords for the military of Britain, Canada and the U.S. The big two-handed Stalingrad sword Churchill presented to Stalin at Teheran was forged at Wilkinson’s. Keen and well-tempered as the old fighting weapon, the dress sword is judged chiefly for its beauty of workmanship and the way the embossing on the blade tells the story of a regiment or of a glorious martial event. 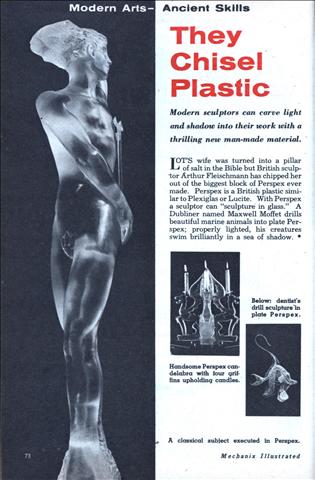 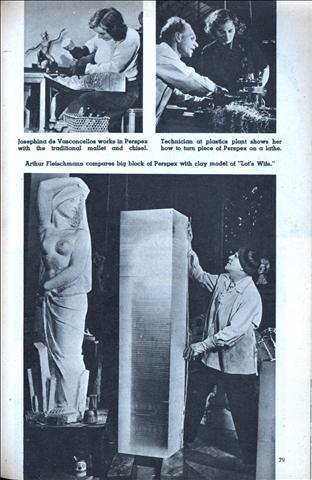 Modern sculptors can carve light and shadow into their work with a thrilling new man-made material.

LOT’S wife was turned into a pillar of salt in the Bible but British sculptor Arthur Fleischmann has chipped her out of the biggest block of Perspex ever made. Perspex is a British plastic similar to Plexiglas or Lucite. With Perspex a sculptor can “sculpture in glass.” A Dubliner named Maxwell Moffet drills beautiful marine animals into plate Perspex; properly lighted, his creatures swim brilliantly in a sea of shadow. 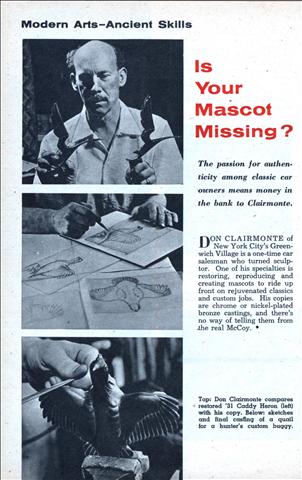 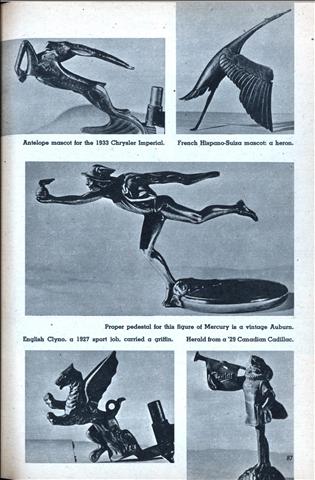 Is Your Mascot Missing?

The passion for authenticity among classic car owners means money in the bank to Clairmonte.

Don Clairmonte of New York City’s Greenwich Village is a one-time car salesman who turned sculptor. One of his specialties is restoring, reproducing and creating mascots to ride up front on rejuvenated classics and custom jobs. His copies are chrome or nickel-plated bronze castings, and there’s no way of telling them from the real McCoy.