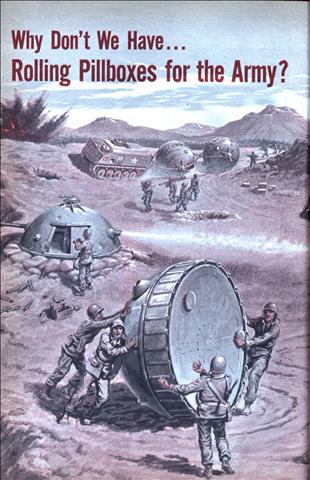 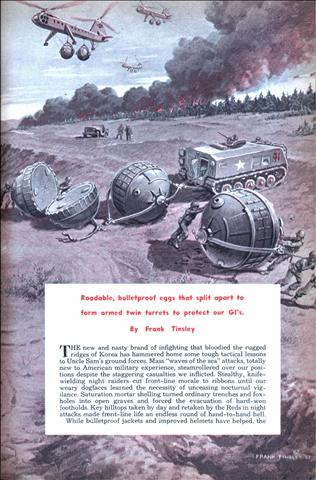 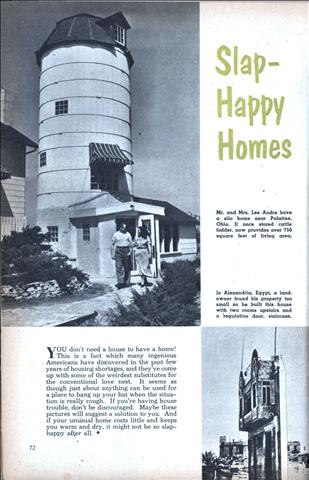 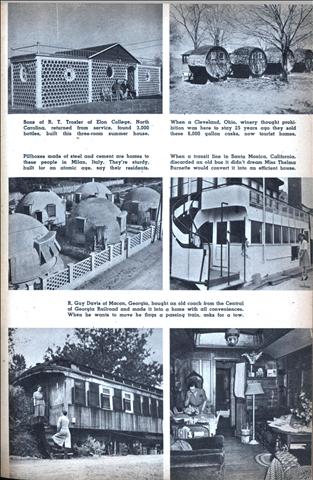 YOU don’t need a house to have a home!

This is a fact which many ingenious Americans have discovered in the past few years of housing shortages, and they’ve come up with some of the weirdest substitutes for the conventional love nest. It seems as though just about anything can be used for a place to hang up your hat when the situation is really rough. If you’re having house trouble, don’t be discouraged. Maybe these pictures will suggest a solution to you. And if your unusual home costs little and keeps you warm and dry, it might not be so slap-happy after all. 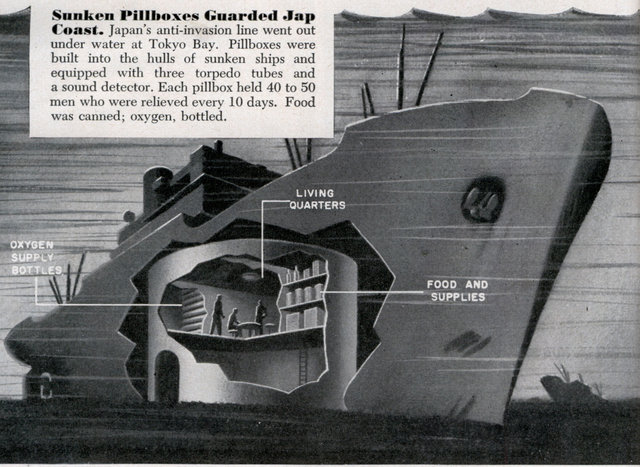