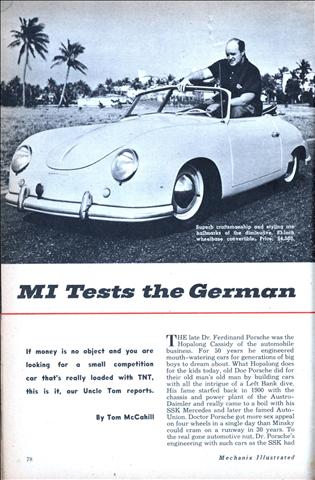 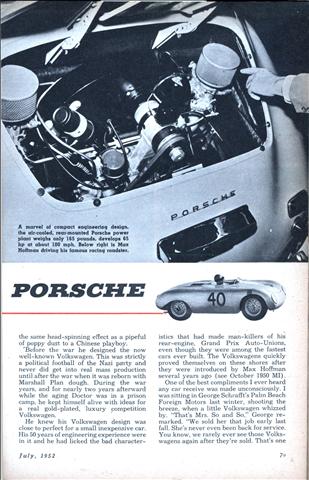 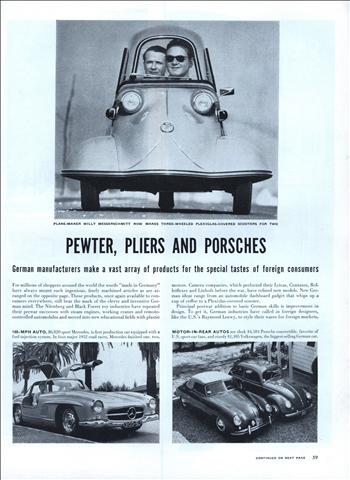 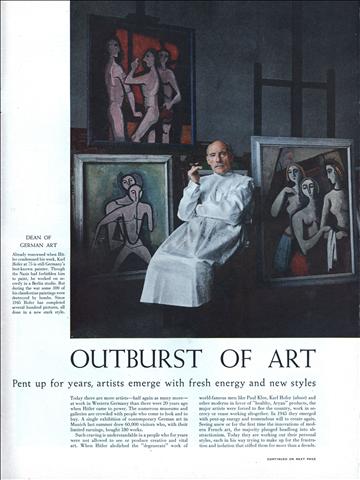 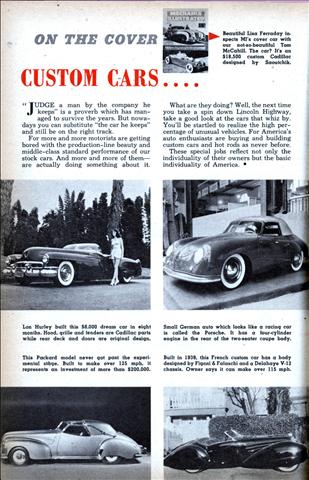 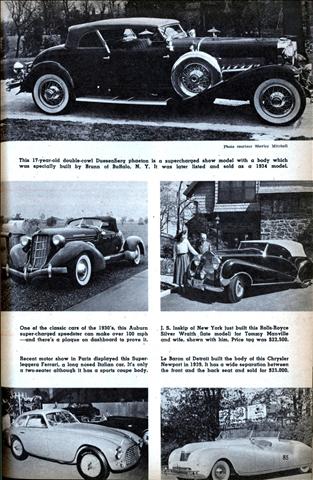 Looks like it would be a lot of fun to try getting into that. 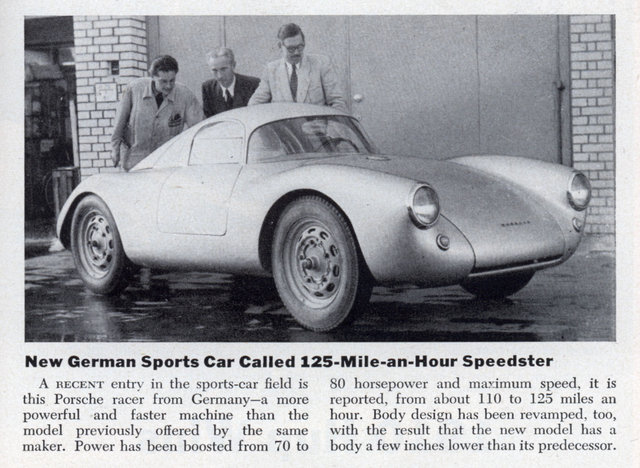 New German Sports Car Called 125-Mile-an-Hour Speedster
A recent entry in the sports-car field is this Porsche racer from Germanyâ€”a more powerful and faster machine than the model previously offered by the same maker. Power has been boosted from 70 to 80 horsepower and maximum speed, it is reported, from about 110 to 125 miles an hour. Body design has been revamped, too, with the result that the new model has a body a few inches lower than its predecessor.