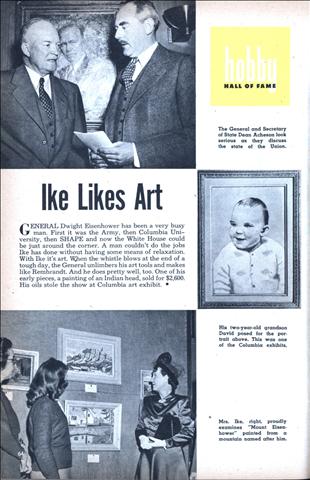 Ike Likes Art
GENERAL Dwight Eisenhower has been a very busy man. First it was the Army, then Columbia University, then SHAPE and now the White House could be just around the corner. A man couldn’t do the jobs Ike has done without having some means of relaxation. With Ike it’s art. When the whistle blows at the end of a tough day, the General unlimbers his art tools and makes like Rembrandt. And he does pretty well, too. One of his early pieces, a painting of an Indian head, sold for $2,600. His oils stole the show at Columbia art exhibit.

This is long before it was called Air Force One. It’s a pity the current one isn’t painted to look like an eagle. Maybe we can get Stephen Colbert to lobby for it. 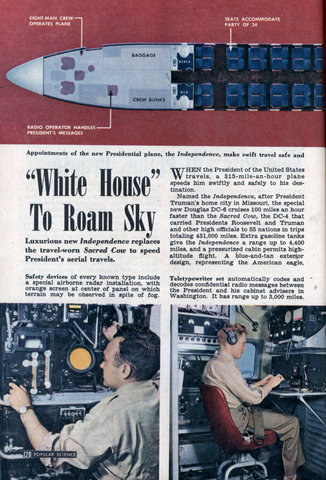 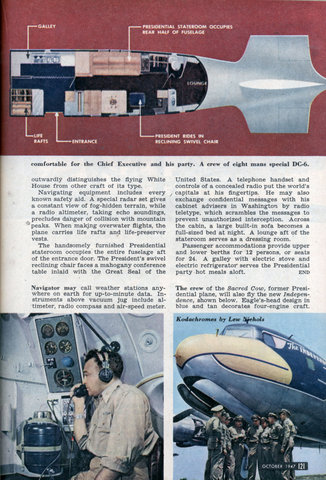 WHEN the President of the United States travels, a 315-mile-an-hour plane speeds him swiftly and safely to his destination.

Named the Independence, after President Truman’s home city in Missouri, the special new Douglas DC-6 cruises 100 miles an hour faster than the Sacred Cow, the DC-4 that carried Presidents Roosevelt and Truman and other high officials to 55 nations in trips totaling 431,000 miles. Extra gasoline tanks give the Independence a range up to 4,400 miles, and a pressurized cabin permits high-altitude flight. A blue-and-tan exterior design, representing the American eagle, outwardly distinguishes the flying White House from other craft of its type. 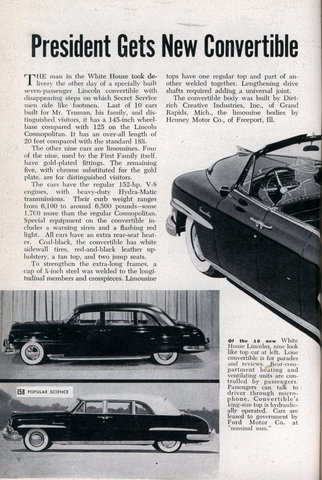 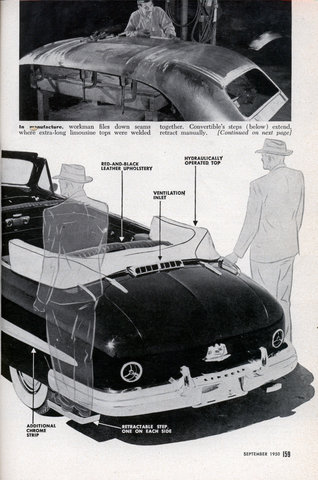 THE man in the White House took delivery the other day of a specially built seven-passenger Lincoln convertible with disappearing steps on which Secret Service men ride like footmen. Last of 10 cars built for Mr. Truman, his family, and distinguished visitors, it has a 145-inch wheel-base compared with 125 on the Lincoln Cosmopolitan. It has an over-all length of 20 feet compared with the standard 18-1/2.