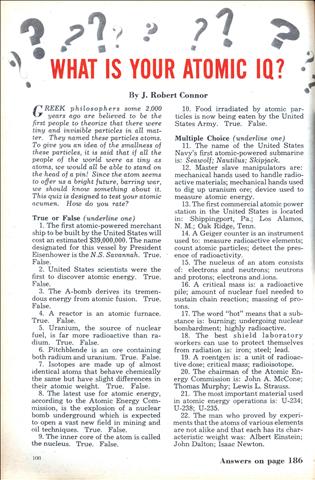 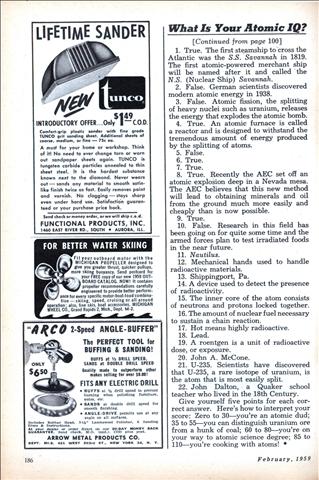 WHAT IS YOUR ATOMIC IQ?

GREEK philosophers some 2,000 years ago are believed to be the first people to theorize that there were tiny and invisible particles in all matter. They named these particles atoms. To give you an idea of the smallness of these particles, it is said that if all the people of the world were as tiny as atoms, we would all be able to stand on the head of a pin! Since the atom seems to offer us a bright future, barring war, we should know something about it. This quiz is designed to test your atomic acumen. How do you rate?