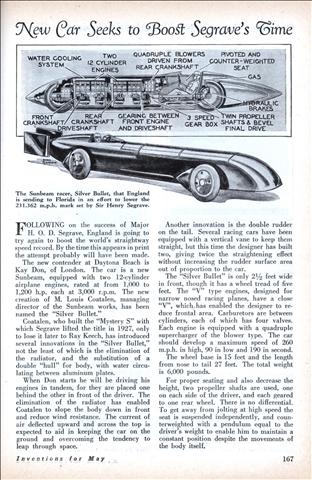 Wouldn’t the boat on the inside track always win? 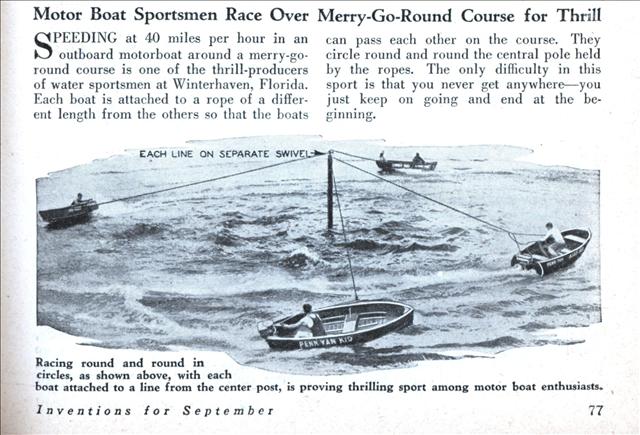 SPEEDING at 40 miles per hour in an outboard motorboat around a merry-go-round course is one of the thrill-producers of water sportsmen at Winterhaven, Florida. Each boat is attached to a rope of a different length from the others so that the boats can pass each other on the course. They circle round and round the central pole held by the ropes. The only difficulty in this sport is that you never get anywhere—you just keep on going and end at the beginning.

Modern Mechanix
Issue: May, 1929
Posted in: Automotive
Tags: racing
No Comments on Perils and Rewards of Dirt Track Racing (May, 1929)

Perils and Rewards of Dirt Track Racing (May, 1929) 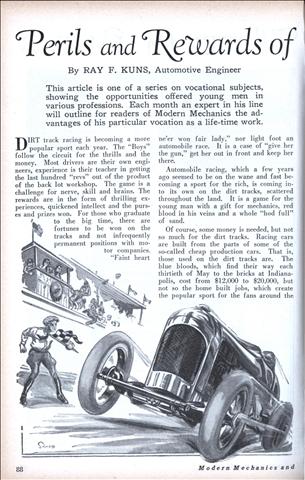 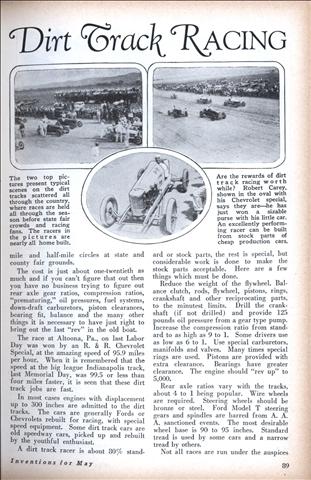 This article is one of a series on vocational subjects, showing the opportunities offered young men in various professions. Each month an expert in his line will outline for readers of Modern Mechanics the advantages of his particular vocation as a life-time work. 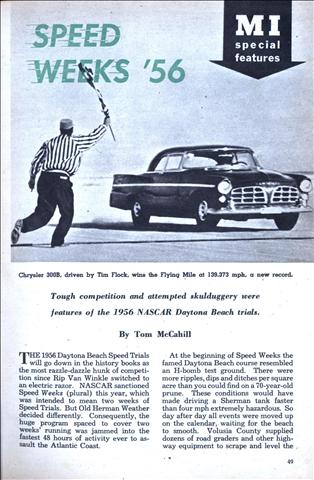 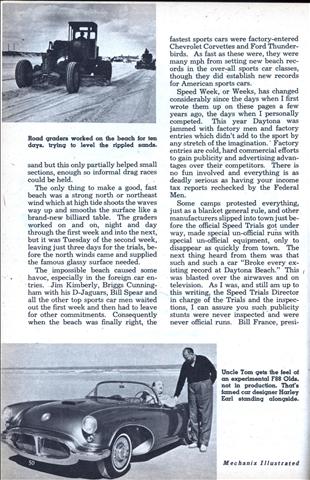 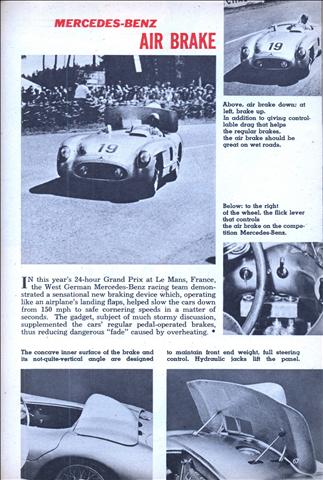 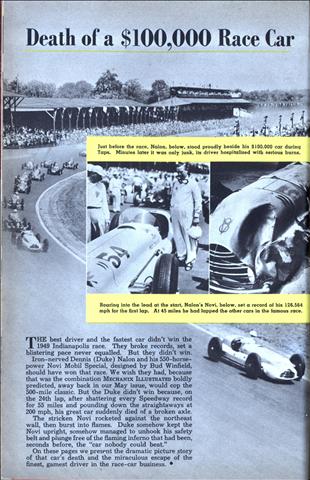 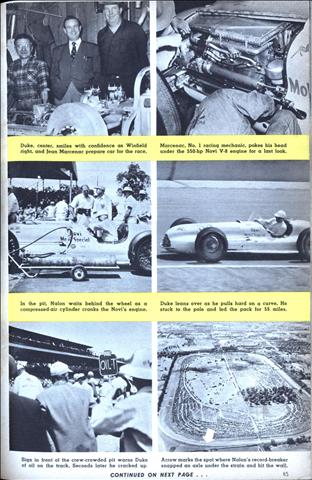 THE best driver and the fastest car didn’t win the 1949 Indianapolis race. They broke records, set a blistering pace never equalled. But they didn’t win.

Iron-nerved Dennis (Duke) Nalon and his 550-horse-power Novi Mobil Special, designed by Bud Winfield, should have won that race. We wish they had, because that was the combination Mechanix Illustrated boldly predicted, away back in our May issue, would cop the 500-mile classic. But the Duke didn’t win because, on the 24th lap, after shattering every Speedway record for 55 miles and pounding down the straightaways at 200 mph, his great car suddenly died of a broken axle.

I think that accident is staged, if not, that girl would be pretty messed up. 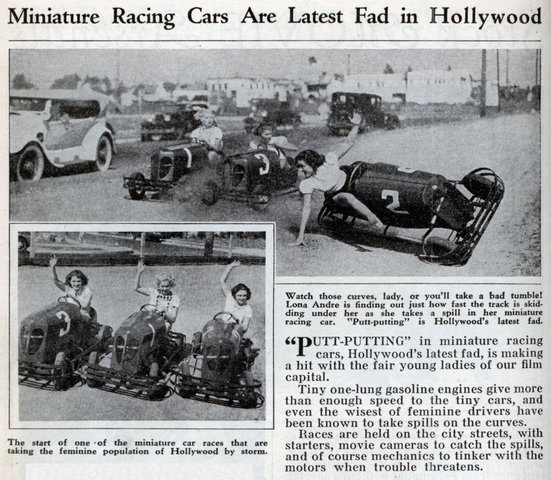 “PUTT-PUTTING” in miniature racing cars, Hollywood’s latest fad, is making a hit with the fair young ladies of our film capital.

Tiny one-lung gasoline engines give more than enough speed to the tiny cars, and even the wisest of feminine drivers have been known to take spills on the curves.

Races are held on the city streets, with starters, movie cameras to catch the spills, and of course mechanics to tinker with the motors when trouble threatens.