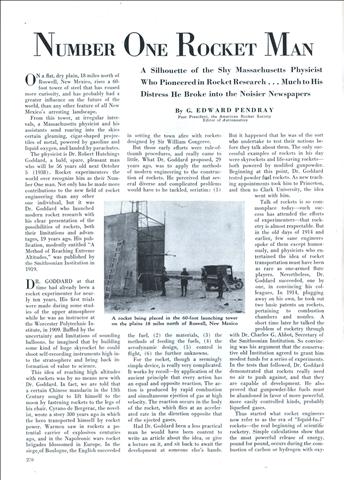 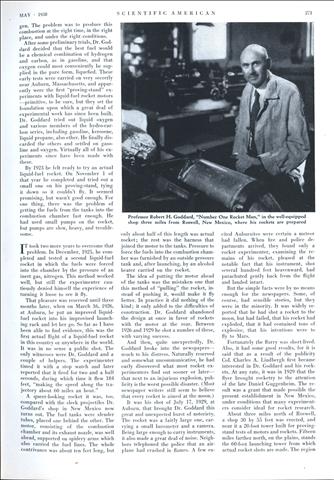 A Silhouette of the Shy Massachusetts Physicist Who Pioneered in Rocket Research . . . Much to His Distress He Broke into the Noisier Newspapers

By G. EDWARD PENDRAY
Past President, the American Rocket Society
Editor of Astronautics

ON a flat, dry plain, 18 miles north of Roswell, New Mexico, rises a 60-foot tower of steel that has roused more curiosity, and has probably had a greater influence on the future of the world, than any other feature of all New Mexico’s arresting landscape.

From this tower, at irregular intervals, a Massachusetts physicist and his assistants send roaring into the skies certain gleaming, cigar-shaped projectiles of metal, powered by gasoline and liquid oxygen, and landed by parachutes.