This is not our first mechanical cow. 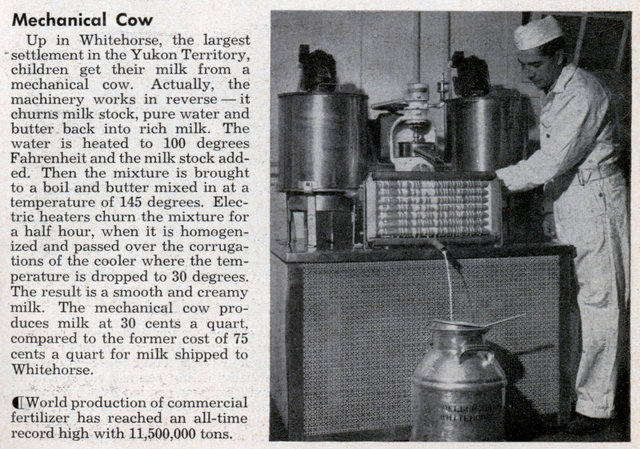 Up in Whitehorse, the largest settlement in the Yukon Territory, children get their milk from a mechanical cow. Actually, the machinery works in reverse — it churns milk stock, pure water and butter back into rich milk. The water is heated to 100 degrees Fahrenheit and the milk stock added. Then the mixture is brought to a boil and butter mixed in at a temperature of 145 degrees. 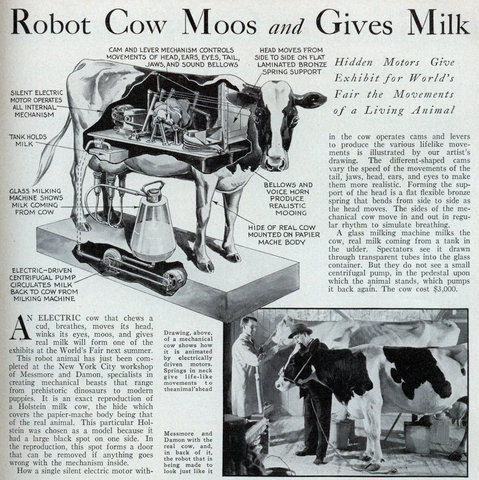