Unless sloths used to be a whole lot quicker (video), I don’t think this would have been much of a fight. 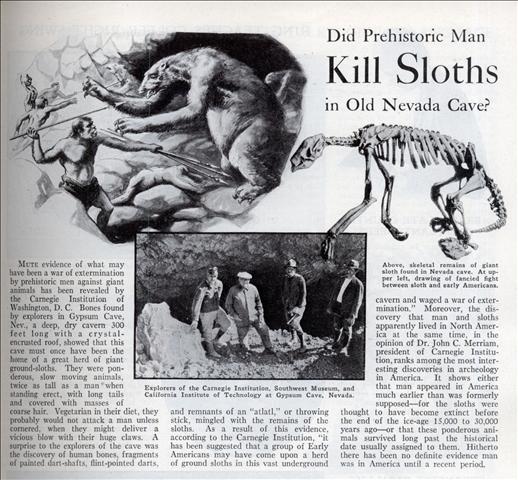 Mute evidence of what may have been a war of extermination by prehistoric men against giant animals has been revealed by the Carnegie Institution of Washington, D. C. Bones found by explorers in Gypsum Cave, Nev., a deep, dry cavern 300 feet long with a crystal-encrusted roof, showed that this cave must once have been the home of a great herd of giant ground-sloths.