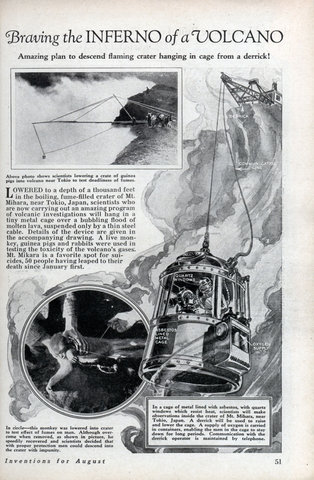 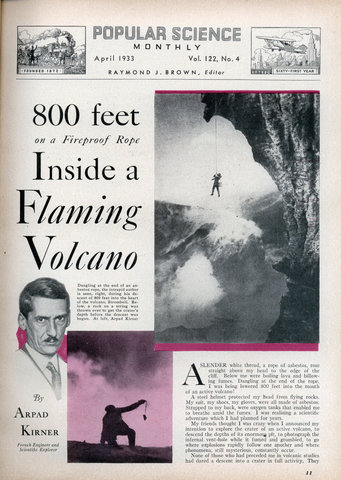 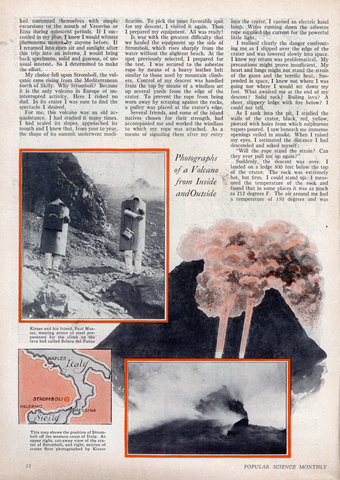 800 feet on a Fireproof Rope Inside a Flaming Volcano

A SLENDER white thread, a rope of asbestos, rose straight above my head to the edge of the cliff. Below me were boiling lava and billowing fumes. Dangling at the end of the rope.

I was being lowered 800 feet into the mouth of an active volcano!

A steel helmet protected my head from flying rocks. My suit, my shoes, my gloves, were all made of asbestos. Strapped to my back, were oxygen tanks that enabled me to breathe amid the fumes. I was realizing a scientific adventure which I had planned for years.

My friends thought I was crazy when I announced my intention to explore the crater of an active volcano, to descend the depths of its enormous pit, to photograph the infernal vent-hole while it fumed and grumbled, to go where explosions rapidly follow one another and where phenomena, still mysterious, constantly occur.