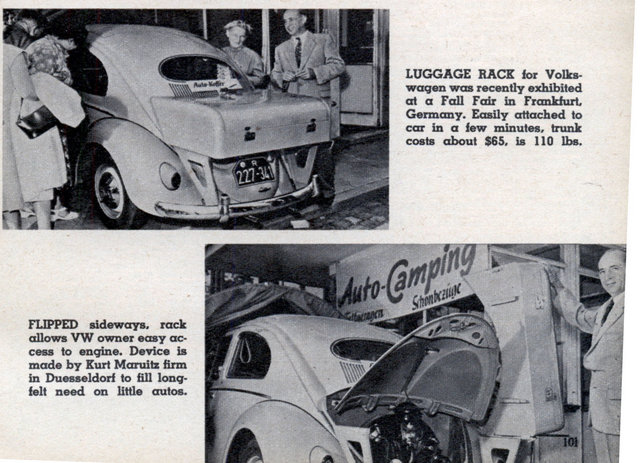 LUGGAGE RACK for Volkswagen was recently exhibited at a Fall Fair in Frankfurt Germany. Easily attached to car in a few minutes, trunk costs about $65, is 110 lbs. 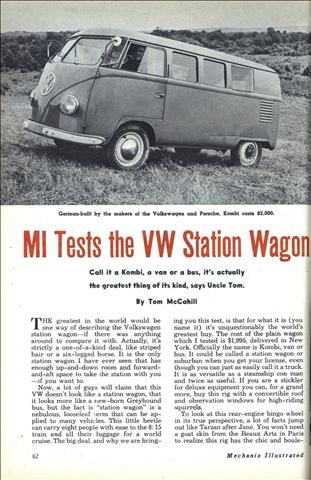 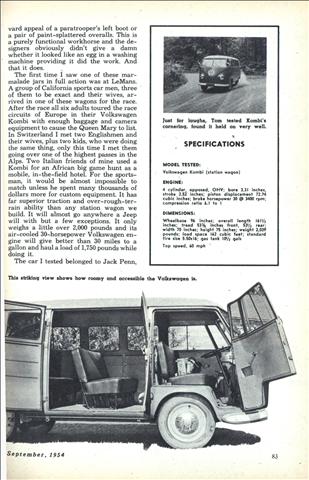 Call it a Kombi, a van or a bus, it’s actually the greatest thing of its kind, says Uncle Tom.

THE greatest in the world would be one way of describing the Volkswagen station wagon—if there was anything around to compare it with. Actually, it’s strictly a one-of-a-kind deal, like striped hair or a six-legged horse. It is the only station wagon I have ever seen that has enough up-and-down room and forward-and-aft space to take the station with you —if you want to. 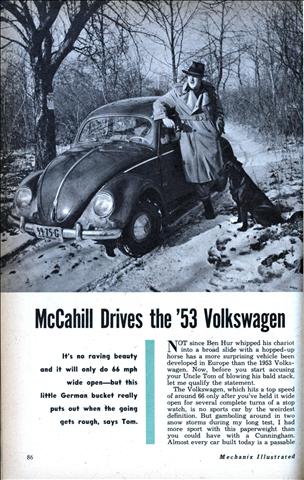 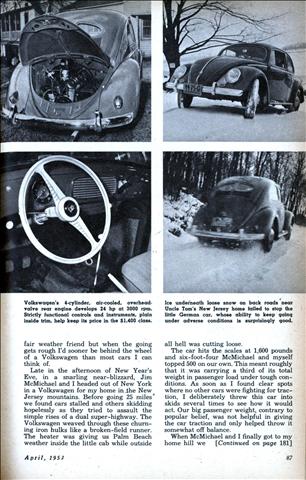 It’s no raving beauty and it will only do 66 mph wide open—but this little German bucket really puts out when the going gets rough, says Tom.

NOT since Ben Hur whipped his chariot into a broad slide with a hopped-up horse has a more surprising vehicle been developed in Europe than the 1953 Volkswagen. Now, before you start accusing your Uncle Tom of blowing his bald stack, let me qualify the statement.

The Volkswagen, which hits a top speed of around 66 only after you’ve held it wide open for several complete turns of a stop watch, is no sports car by the weirdest definition. But gamboling around in two snow storms during my long test, I had more sport with this paperweight than you could have with a Cunningham.