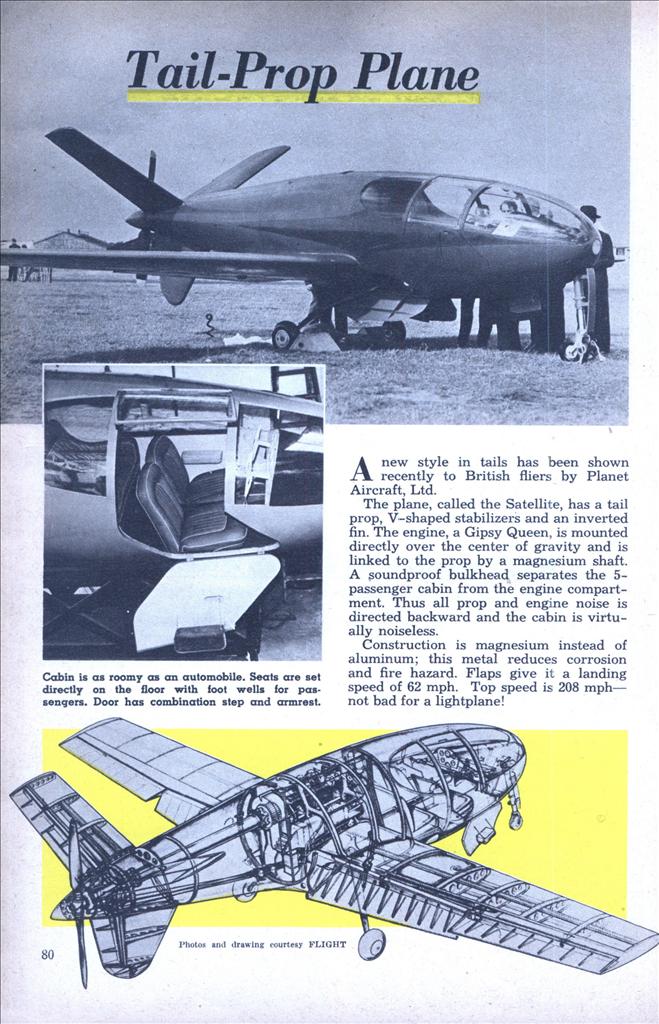 A new style in tails has been shown recently to British fliers by Planet Aircraft, Ltd.

The plane, called the Satellite, has a tail prop, V-shaped stabilizers and an inverted fin. The engine, a Gipsy Queen, is mounted directly over the center of gravity and is linked to the prop by a magnesium shaft. A soundproof bulkhead separates the 5-passenger cabin from the engine compartment. Thus all prop and engine noise is directed backward and the cabin is virtually noiseless.

Construction is magnesium instead of aluminum; this metal reduces corrosion and fire hazard. Flaps give it a landing speed of 62 mph. Top speed is 208 mph— not bad for a lightplane!