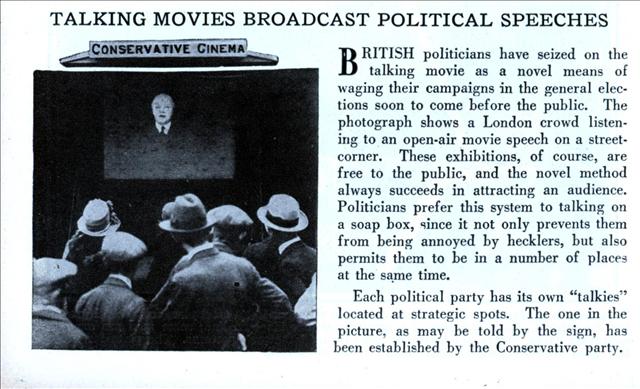 BRITISH politicians have seized on the talking movie as a novel means of waging their campaigns in the general elections soon to come before the public. The photograph shows a London crowd listening to an open-air movie speech on a street-corner. These exhibitions, of course, are free to the public, and the novel method always succeeds in attracting an audience. Politicians prefer this system to talking on a soap box, since it not only prevents them from being annoyed by hecklers, but also permits them to be in a number of places at the same time.

Each political party has its own “talkies” located at strategic spots. The one in the picture, as may be told by the sign, has been established by the Conservative party.