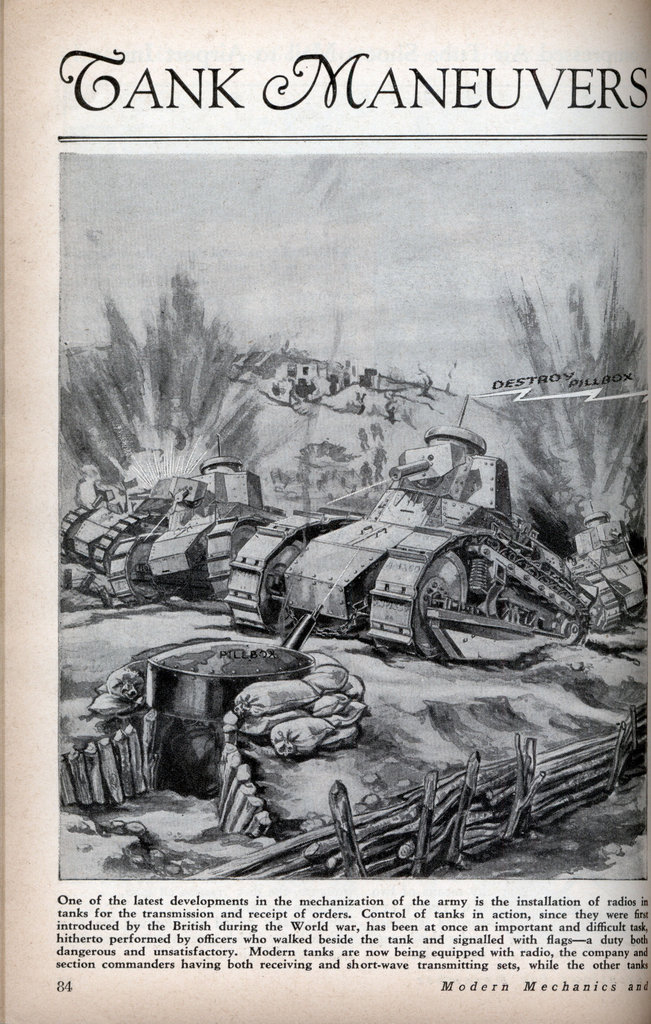 Developments in the mechanization of the army is the installation of radios in tanks for the transmission and receipt of orders. Control of tanks in action, since they were first introduced by the British during the World war, has been at once an important and difficult task, hitherto performed by officers who walked beside the tank and signalled with flags—a duty both dangerous and unsatisfactory. Modern tanks are now being equipped with radio, the company and section commanders having both receiving and short-wave transmitting sets, while the other tanks

are only equipped to receive. The illustration shows a tank company advancing to clear the way for the infantry. The tank in the foreground is cut away to show the driver and the company commander seated in the turret. The commander has spotted the camouflaged pillbox in the left foreground and is sending an order by radio to the tank on his right to turn and smash the emplacement. Tanks shown here are armed with machine guns, other types are equipped with small cannon.