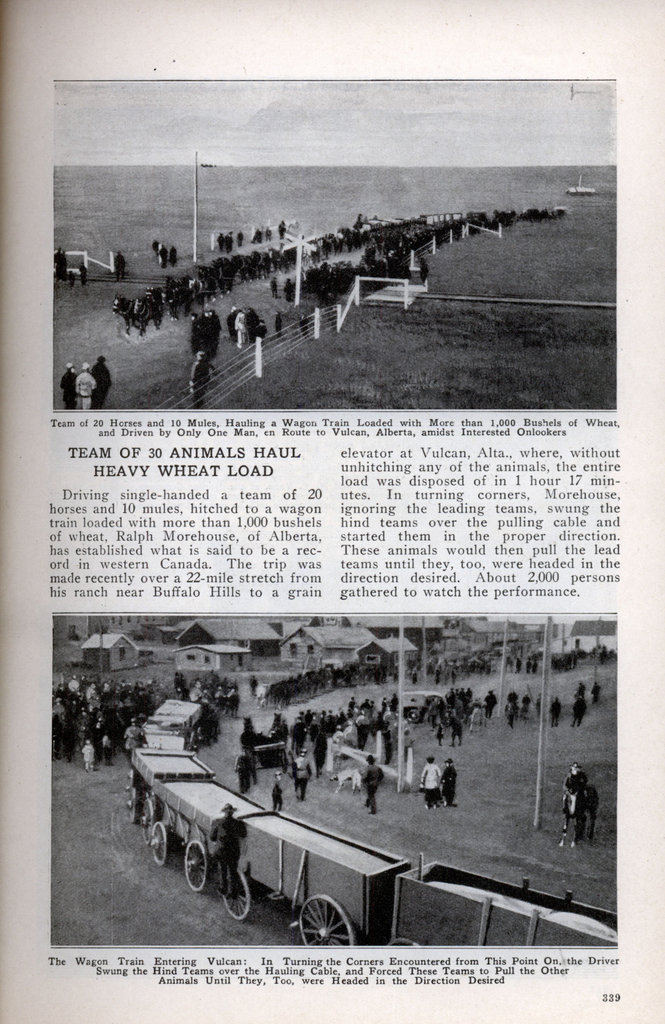 Driving single-handed a team of 20 horses and 10 mules, hitched to a wagon train loaded with more than 1,000 bushels of wheat, Ralph Morehouse, of Alberta, has established what is said to be a record in western Canada. The trip was made recently over a 22-mile stretch from his ranch near Buffalo Hills to a grain elevator at Vulcan, Alta., where, without unhitching any of the animals, the entire load was disposed of in 1 hour 17 minutes. In turning corners, Morehouse, ignoring the leading teams, swung the hind teams over the pulling cable and started them in the proper direction. These animals would then pull the lead teams until they, too, were headed in the direction desired. About 2,000 persons gathered to watch the performance.