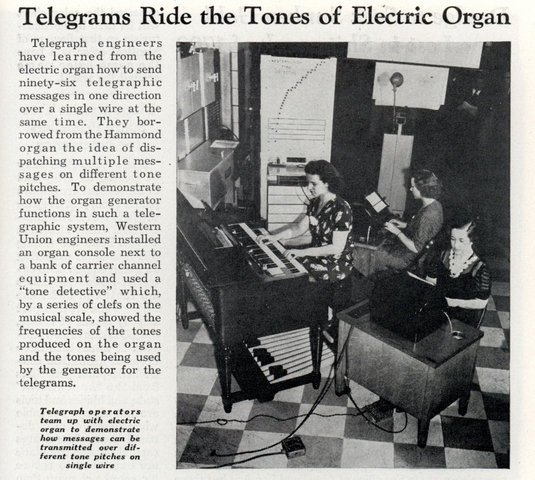 Telegraph engineers have learned from the electric organ how to send ninety-six telegraphic messages in one direction over a single wire at the same time. They borrowed from the Hammond organ the idea of dispatching multiple messages on different tone pitches. To demonstrate how the organ generator functions in such a telegraphic system, Western Union engineers installed an organ console next to a bank of carrier channel equipment and used a “tone detective” which, by a series of clefs on the musical scale, showed the frequencies of the tones produced on the organ and the tones being used by the generator for the telegrams.