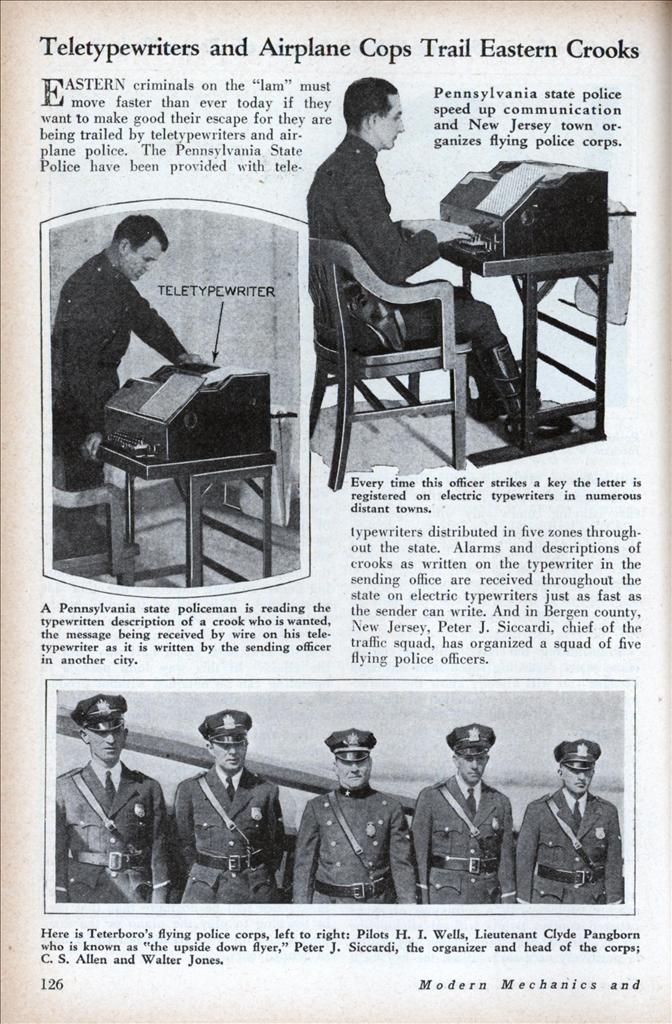 EASTERN criminals on the “lam” must move faster than ever today if they want to make good their escape for they are being trailed by teletypewriters and airplane police. The Pennsylvania State Police have been provided with tele- typewriters distributed in five zones throughout the state. Alarms and descriptions of crooks as written on the typewriter in the sending office are received throughout the state on electric typewriters just as fast as the sender can write. And in Bergen county, New Jersey, Peter J. Siccardi, chief of the traffic squad, has organized a squad of five flying police officers.