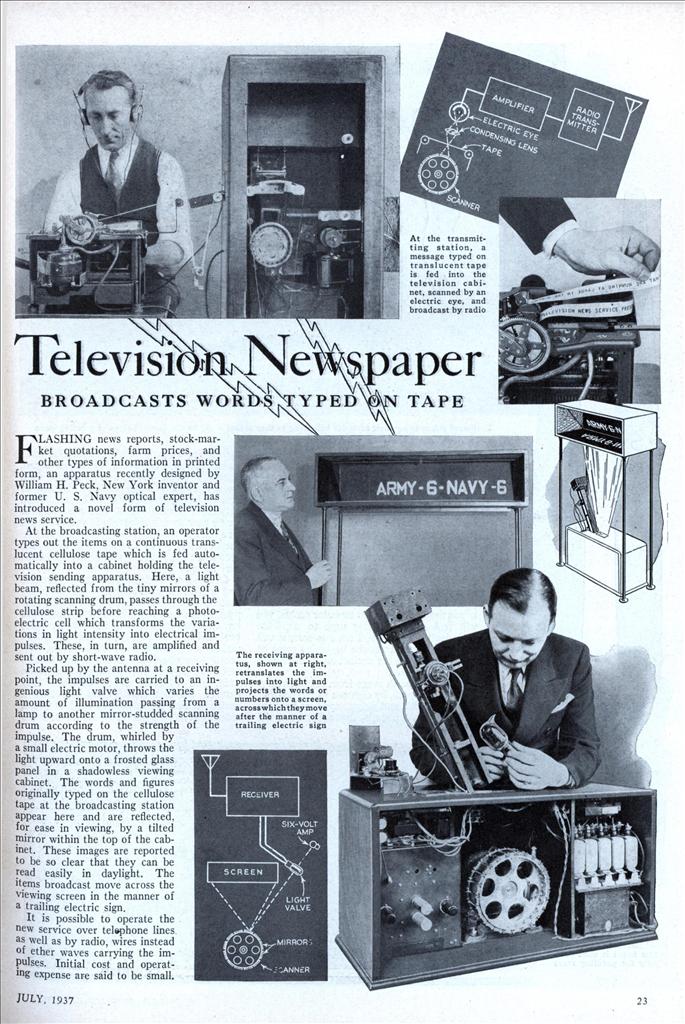 At the broadcasting station, an operator types out the items on a continuous translucent cellulose tape which is fed automatically into a cabinet holding the television sending apparatus. Here, a light beam, reflected from the tiny mirrors of a rotating scanning drum, passes through the cellulose strip before reaching a photoelectric cell which transforms the variations in light intensity into electrical impulses. These, in turn, are amplified and sent out by short-wave radio.

Picked up by the antenna at a receiving point, the impulses are carried to an ingenious light valve which varies the amount of illumination passing from a lamp to another mirror-studded scanning drum according to the strength of the impulse. The drum, whirled by a small electric motor, throws the light upward onto a frosted glass panel in a shadowless viewing cabinet. The words and figures originally typed on the cellulose tape at the broadcasting station appear here and are reflected, for ease in viewing, by a tilted mirror within the top of the cabinet. These images are reported to be so clear that they can be read easily in daylight. The items broadcast move across the viewing screen in the manner of a trailing electric sign.

It is possible to operate the new service over telephone lines as well as by radio, wires instead of ether waves carrying the impulses. Initial cost and operating expense are said to be small.