Damn it, they stole the tag line of our sister site, Modern Meteorology. 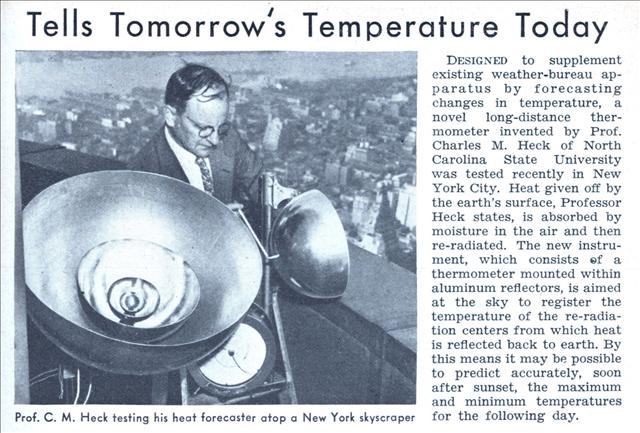 Designed to supplement existing weather-bureau apparatus by forecasting changes in temperature, a novel long-distance thermometer invented by Prof. Charles M. Heck of North Carolina State University was tested recently in New York City. Heat given off by the earth’s surface, Professor Heck states, is absorbed by moisture in the air and then re-radiated. The new instrument, which consists of a thermometer mounted within aluminum reflectors, is aimed at the sky to register the temperature of the re-radiation centers from which heat is reflected back to earth. By this means it may be possible to predict accurately, soon after sunset, the maximum and minimum temperatures for the following day.