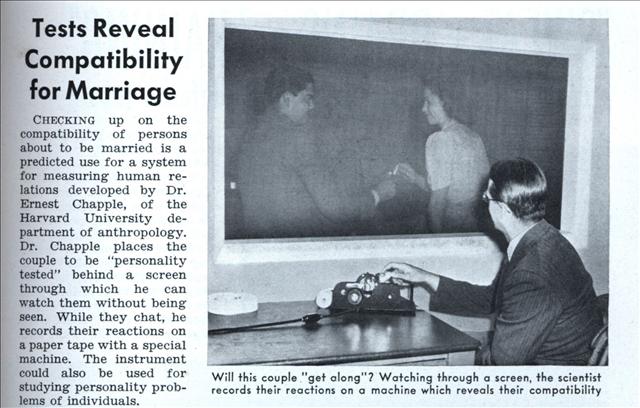 Tests Reveal Compatibility for Marriage
Checking up on the compatibility of persons about to be married is a predicted use for a system for measuring human relations developed by Dr. Ernest Chappie, of the Harvard University department of anthropology. Dr. Chappie places the couple to be “personality tested” behind a screen through which he can watch them without being seen. While they chat, he records their reactions on a paper tape with a special machine. The instrument could also be used for studying personality problems of individuals.