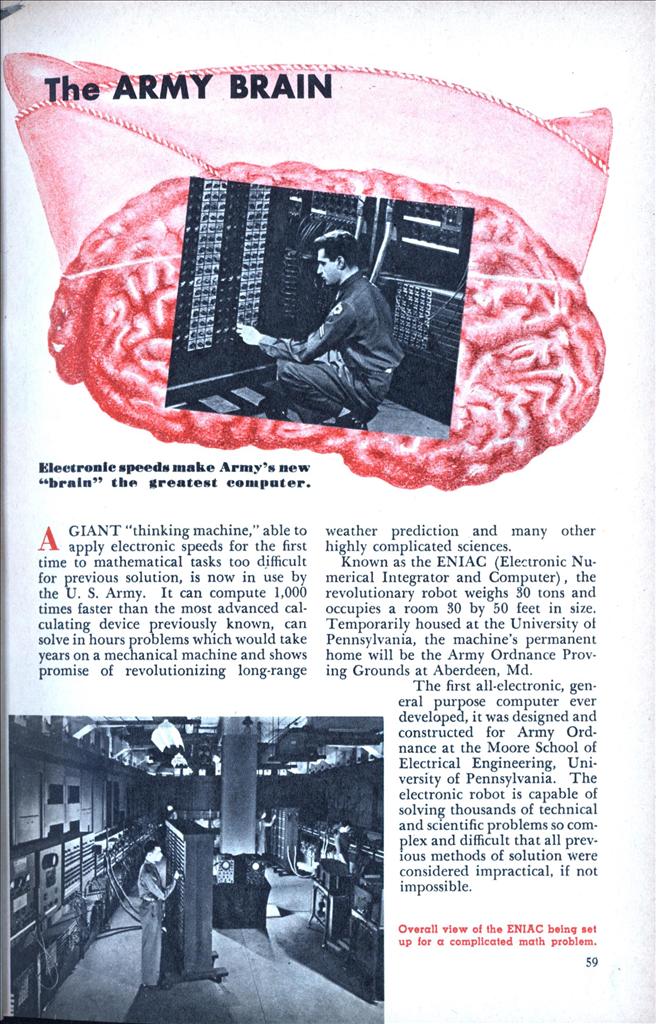 A GIANT “thinking machine,” able to apply electronic speeds for the first time to mathematical tasks too difficult for previous solution, is now in use by the U. S. Army. It can compute 1,000 times faster than the most advanced calculating device previously known, can solve in hours problems which would take years on a mechanical machine and shows promise of revolutionizing long-range weather prediction and many other highly complicated sciences.

Known as the ENIAC (Electronic Numerical Integrator and Computer), the revolutionary robot weighs 30 tons and occupies a room 30 by 50 feet in size. Temporarily housed at the University of Pennsylvania, the machine’s permanent home will be the Army Ordnance Proving Grounds at Aberdeen, Md.

The first all-electronic, general purpose computer ever developed, it was designed and constructed for Army Ordnance at the Moore School of Electrical Engineering, University of Pennsylvania. The electronic robot is capable of solving thousands of technical and scientific problems so complex and difficult that all previous methods of solution were considered impractical, if not impossible.