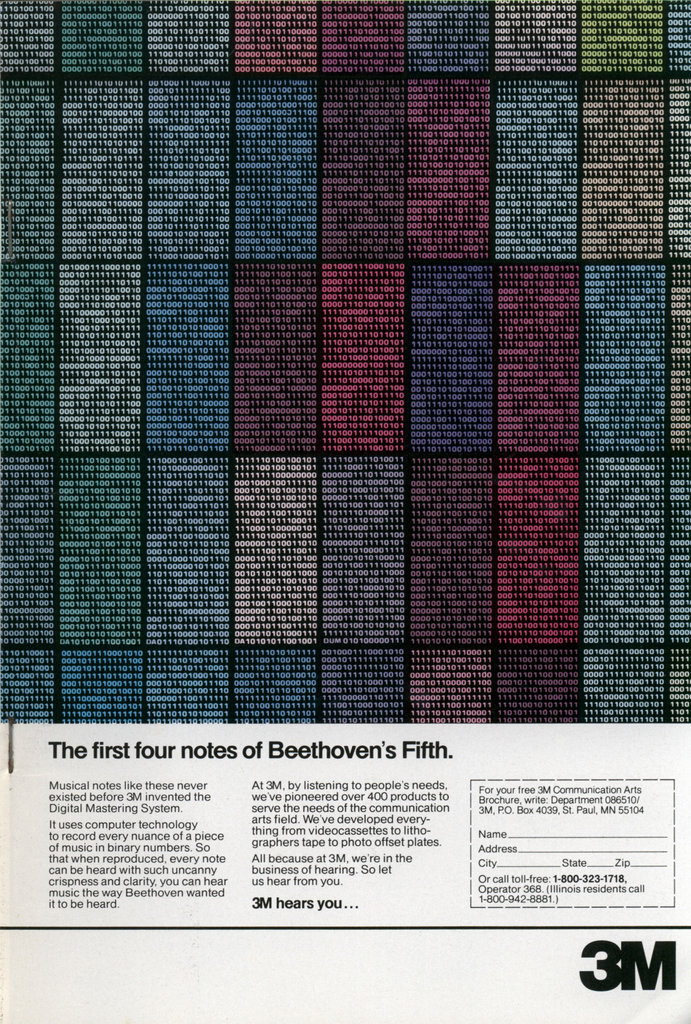 The first four notes of Beethoven’s Fifth.
Musical notes like these never existed before 3M invented the Digital Mastering System.

It uses computer technology to record every nuance of a piece of music in binary numbers. So that when reproduced, every note can be heard with such uncanny crispness and clarity, you can hear music the way Beethoven wanted it to be heard.

At 3M, by listening to people’s needs, we’ve pioneered over 400 products to serve the needs of the communication arts field. We’ve developed everything from videocassettes to lithographers tape to photo offset plates.

All because at 3M, we’re in the business of hearing. So let us hear from you.