Shortly before his death in 1981, Mr. Northrop was given clearance to see designs and a scale model of the B-2 Spirit which was unveiled in 1988. 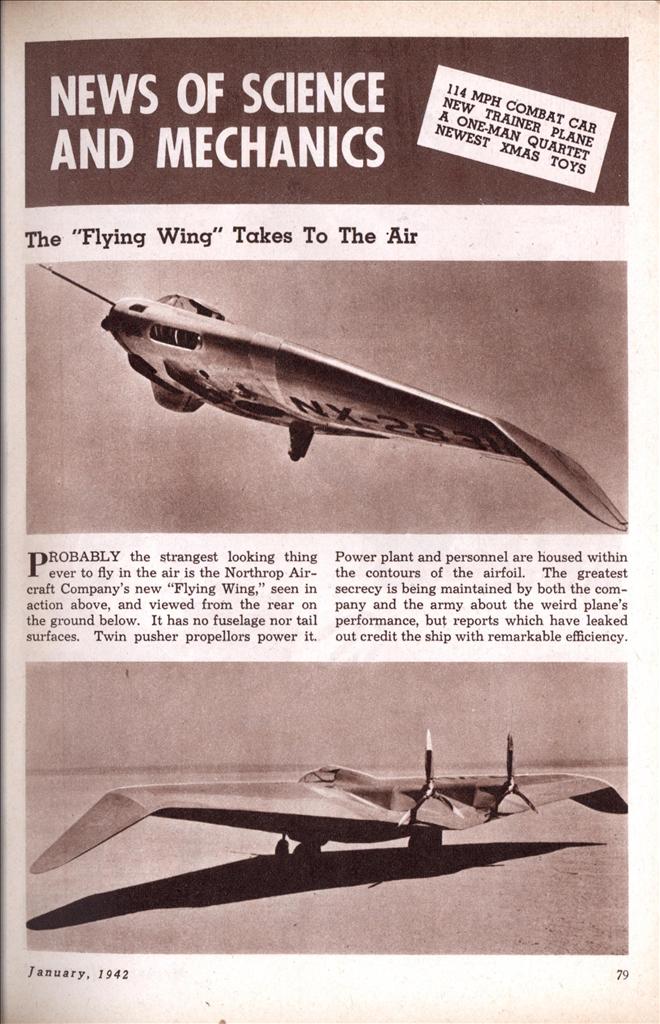 The “Flying Wing” Takes To The Air

PROBABLY the strangest looking thing ever to fly in the air is the Northrop Aircraft Company’s new “Flying Wing,” seen in action above, and viewed from the rear on the ground below. It has no fuselage nor tail surfaces. Twin pusher propellers power it. Power plant and personnel are housed within the contours of the airfoil. The greatest secrecy is being maintained by both the company and the army about the weird plane’s performance, but reports which have leaked out credit the ship with remarkable efficiency.