I love that the type in the box below is crooked. 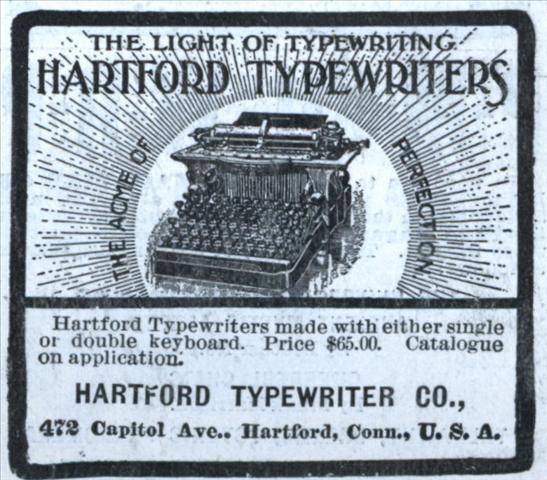 The Light of Typewriting – Hartford Typewriters

The Acme of Perfection

Hartford Typewriters made with either single or double keyboard. Price $65.00. Catalogue on application.