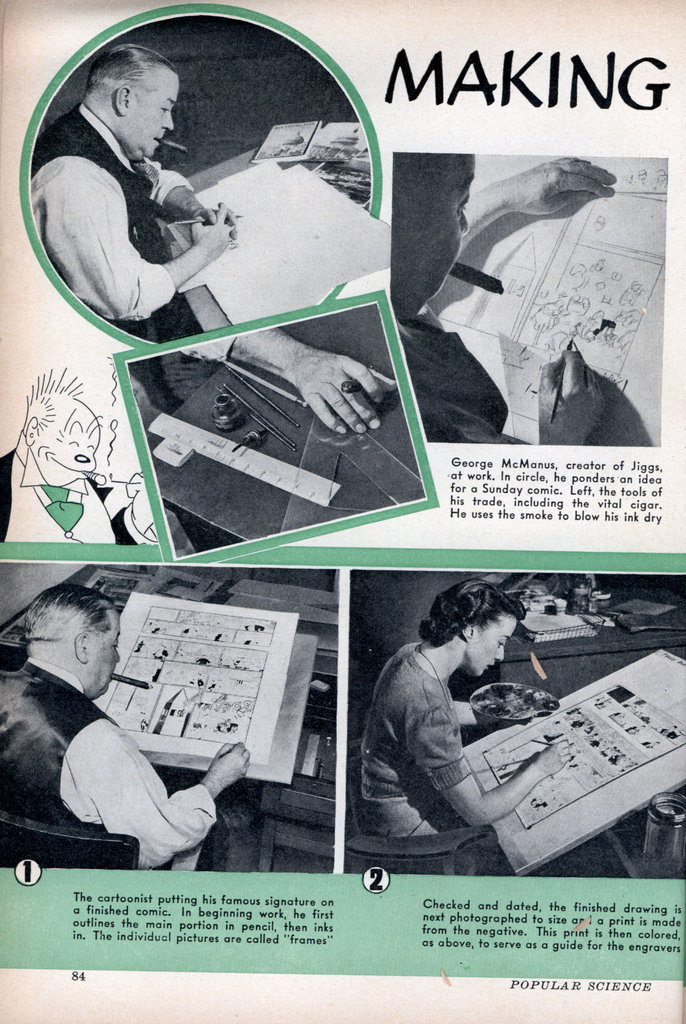 RESEARCH workers studying the reading habits of newspaper buyers have found out that more people look at the “funny” pages than at any other single section of a newspaper. Yet few cartoon enthusiasts realize how elaborate is the process that brings a comic from the brain and drawing board of a cartoonist through the involved stages of coloring, engraving, mat making, stereotyping, and printing to its final form as
part of a published paper. To demonstrate for our readers the various steps in this intricate and interesting process, the editors of Popular Science Monthly selected one of the most popular of all comics, “Bringing Up Father,” featuring those incomparable characters Jiggs and Maggie, and followed one scheduled Sunday comic page from the drawing board of its creator, George McManus, to its appearance in the New York “Journal and American” and some 500 other newspapers all over the globe. The photographs on these pages tell the story.

“Bringing Up Father” has an interesting history. It is the oldest comic in the world that has been drawn continuously by the same manâ€”McManus has been concocting adventures for Jiggs and Maggie for twenty-eight years, without a single interruption. King Features Syndicate, in New York City, distributes it to more than forty countries