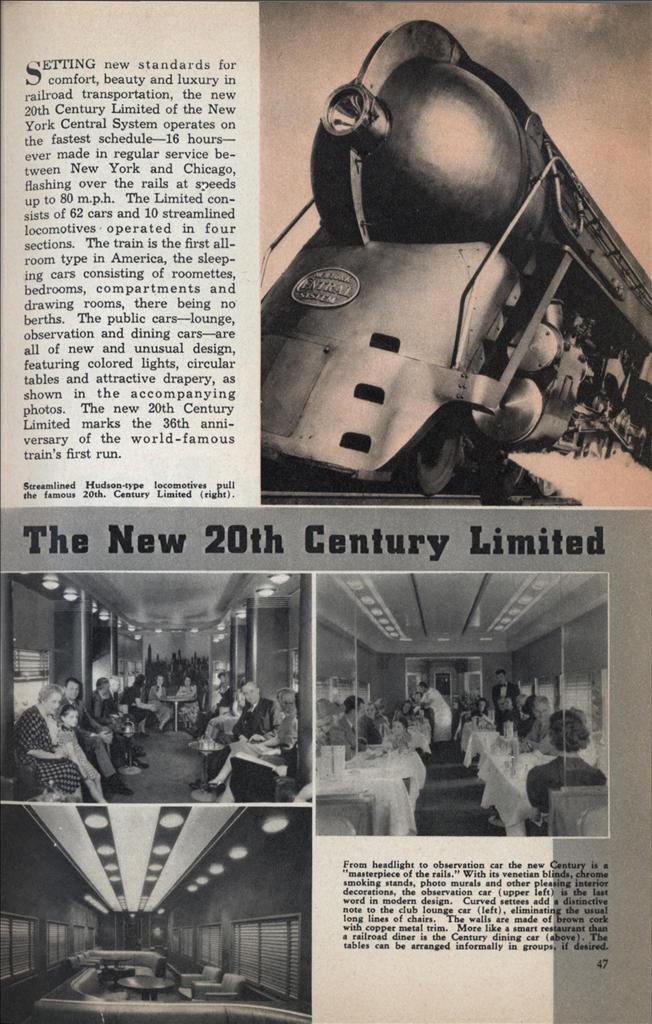 The New 20th Century Limited
JETTING new standards for comfort, beauty and luxury in railroad transportation, the new 20th Century Limited of the New York Central System operates on the fastest schedule—16 hours— ever made in regular service between New York and Chicago, flashing over the rails at speeds up to 80 m.p.h. The Limited consists of 62 cars and 10 streamlined locomotives operated in four sections. The train is the first all-room type in America, the sleeping cars consisting of roomettes, bedrooms, compartments and drawing rooms, there being no berths. The public cars—lounge, observation and dining cars—are all of new and unusual design, featuring colored lights, circular tables and attractive drapery, as shown in the accompanying photos. The new 20th Century Limited marks the 36th anniversary of the world-famous train’s first run.