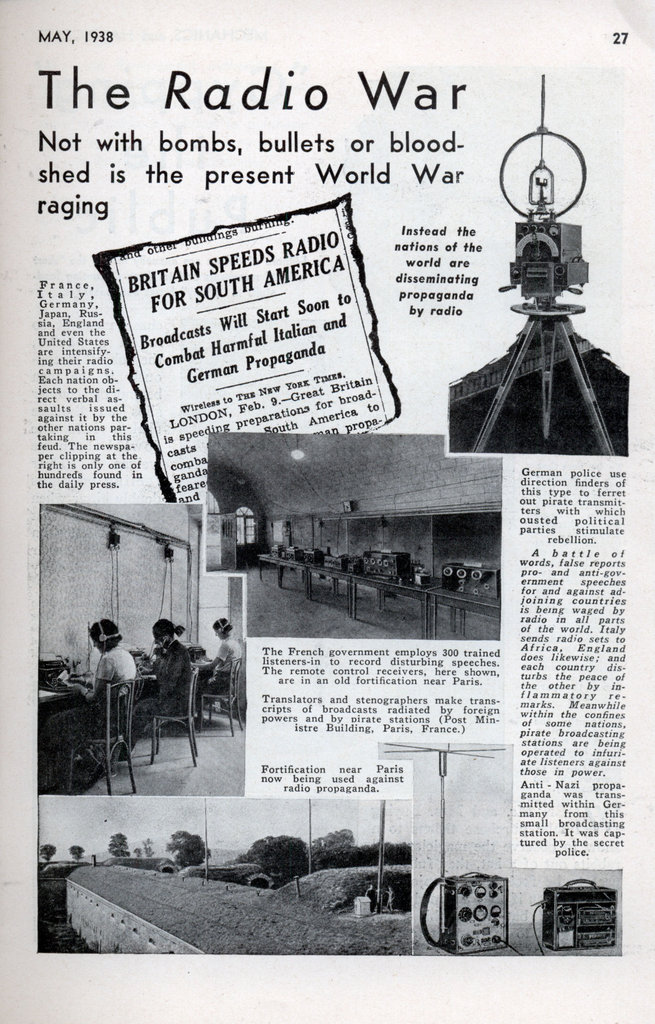 Not with bombs, bullets or blood-shed is the present World War raging Instead the nations of the world are disseminating propaganda by radio

France, Italy, Germany, Japan, Russia, England and even the United States are intensifying their radio campaigns. Each nation objects to the direct verbal assaults issued against it by the other nations partaking in this feud. The newspaper clipping at the right is only one of hundreds found in the daily press.

A battle of words, false reports pro- and anti-government speeches for and against adjoining countries is being waged by radio in all parts of the world. Italy sends radio sets to Africa, England does likewise; and each country disturbs the peace of the other by inflammatory remarks. Meanwhile within the confines of some nations, pirate broadcasting stations are being operated to infuriate listeners against those in power.