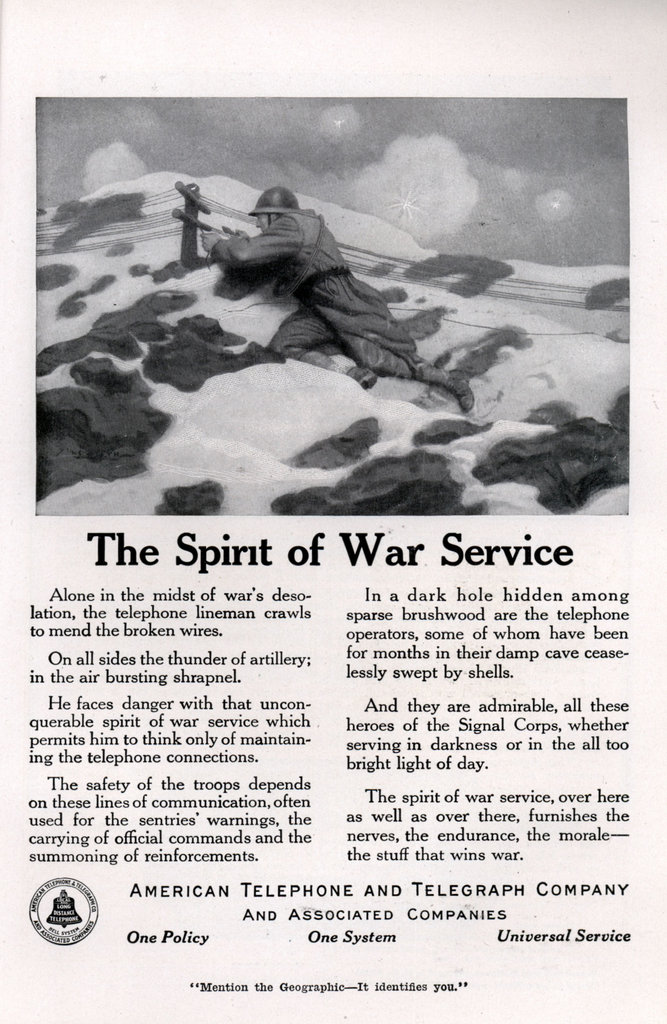 The Spirit of War Service

Alone in the midst of war’s desolation, the telephone lineman crawls to mend the broken wires.

On all sides the thunder of artillery; in the air bursting shrapnel.

He faces danger with that unconquerable spirit of war service which permits him to think only of maintaining the telephone connections.

The safety of the troops depends on these lines of communication, often used for the sentries’ warnings, the carrying of official commands and the summoning of reinforcements.

In a dark hole hidden among sparse brushwood are the telephone operators, some of whom have been for months in their damp cave ceaselessly swept by shells.

And they are admirable, all these heroes of the Signal Corps, whether serving in darkness or in the all too bright light of day.

The spirit of war service, over here as well as over there, furnishes the nerves, the endurance, the moraleâ€” the stuff that wins war.

“Mention the Geographicâ€”It identifies you.”