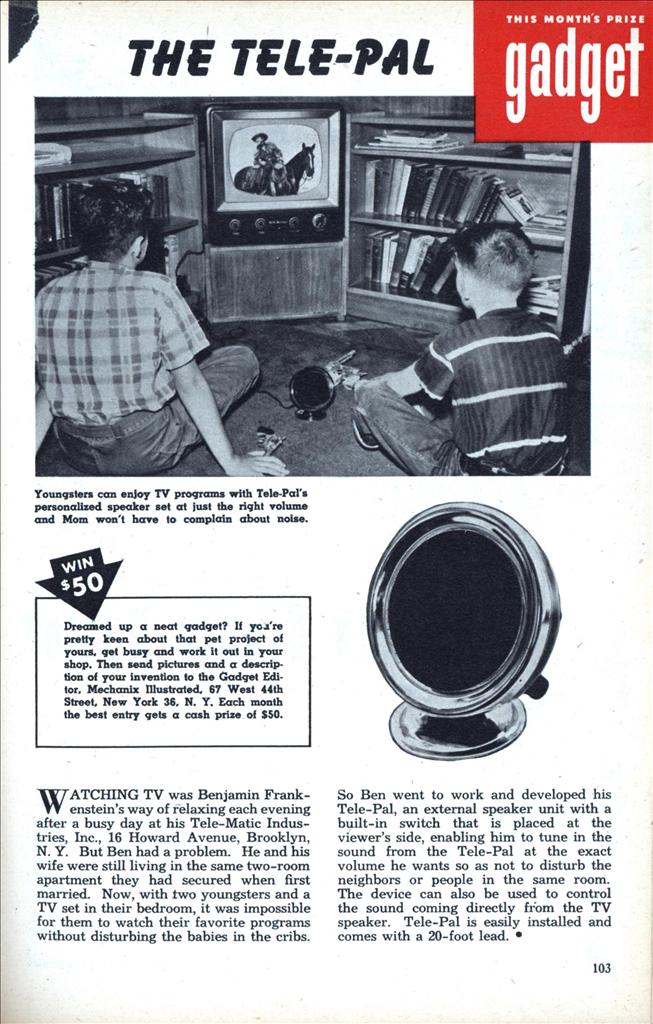 So Ben went to work and developed his Tele-Pal, an external speaker unit with a built-in switch that is placed at the viewer’s side, enabling him to tune in the sound from the Tele-Pal at the exact volume he wants so as not to disturb the neighbors or people in the same room. The device can also be used to control the sound coming directly from the TV speaker. Tele-Pal is easily installed and comes with a 20-foot lead.

Dreamed up a neat gadget? If you’re pretty keen about that pet project of yours, get busy and work it out in your shop. Then send pictures and a description of your invention to the Gadget Editor. Mechanix Illustrated. 67 West 44th Street, New York 36. N. Y. Each month the best entry gets a cash prize of $50.