Music visualizations that beat WinAmp by about 70 years. 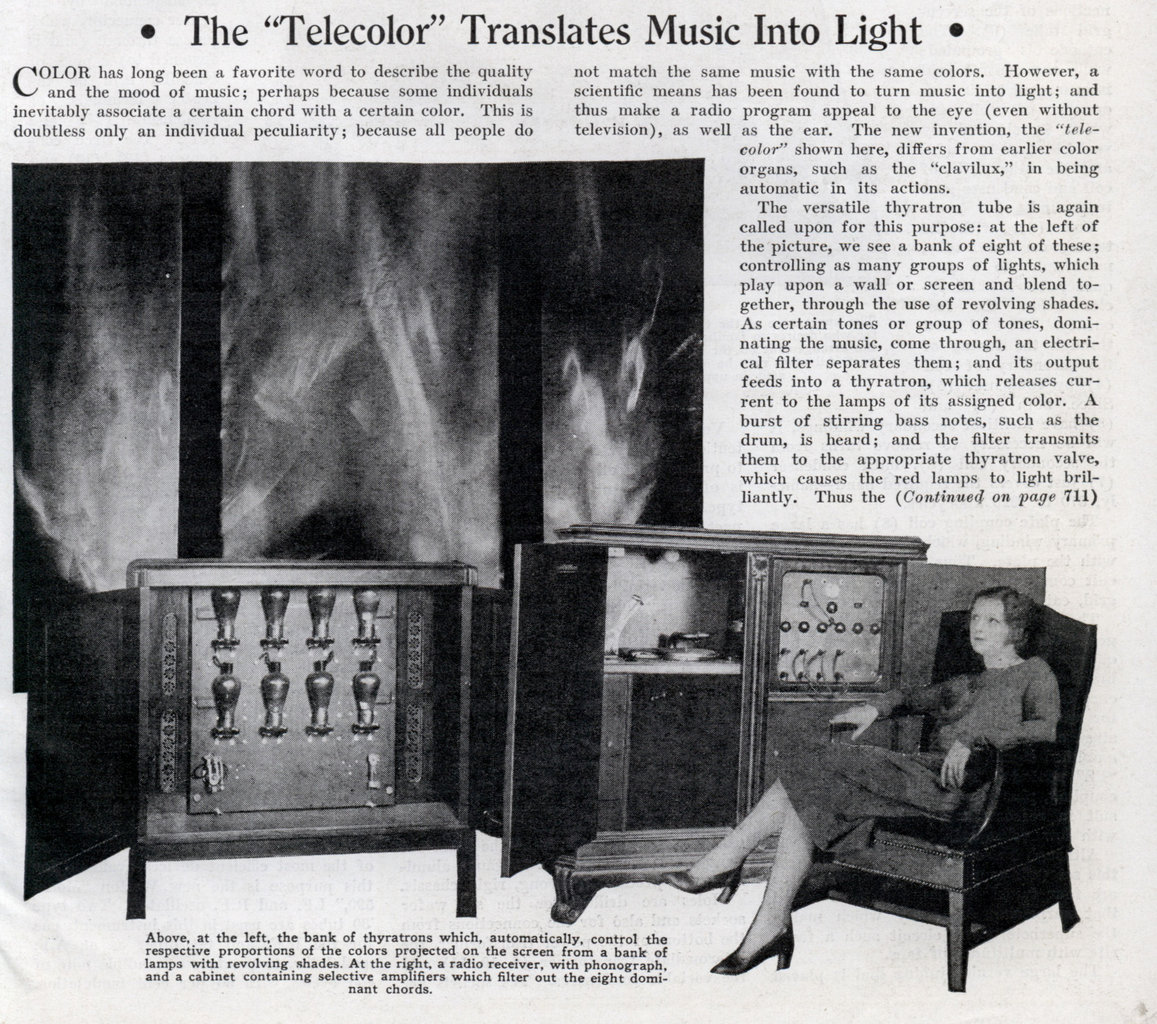 The “Telecolor” Translates Music Into Light

COLOR has long been a favorite word to describe the quality and the mood of music; perhaps because some individuals inevitably associate a certain chord with a certain color. This is doubtless only an individual peculiarity; because all people do not match the same music with the same colors. However, a scientific means has been found to turn music into light; and thus make a radio program appeal to the eye (even without television), as well as the ear. The new invention, the “tele-color” shown here, differs from earlier color organs, such as the “clavilux,” in being automatic in its actions.

The versatile thyratron tube is again called upon for this purpose: at the left of the picture, we see a bank of eight of these; controlling as many groups of lights, which play upon a wall or screen and blend together, through the use of revolving shades. As certain tones or group of tones, dominating the music, come through, an electrical filter separates them; and its output feeds into a thyratron, which releases current to the lamps of its assigned color. A burst of stirring bass notes, such as the drum, is heard; and the filter transmits them to the appropriate thyratron valve, which causes the red lamps to light brilliantly. Thus the colder blues and greens are obscured by the stirring shades of crimson. As the music becomes more tranquil, the red ebbs, and the cooler colors take its place.