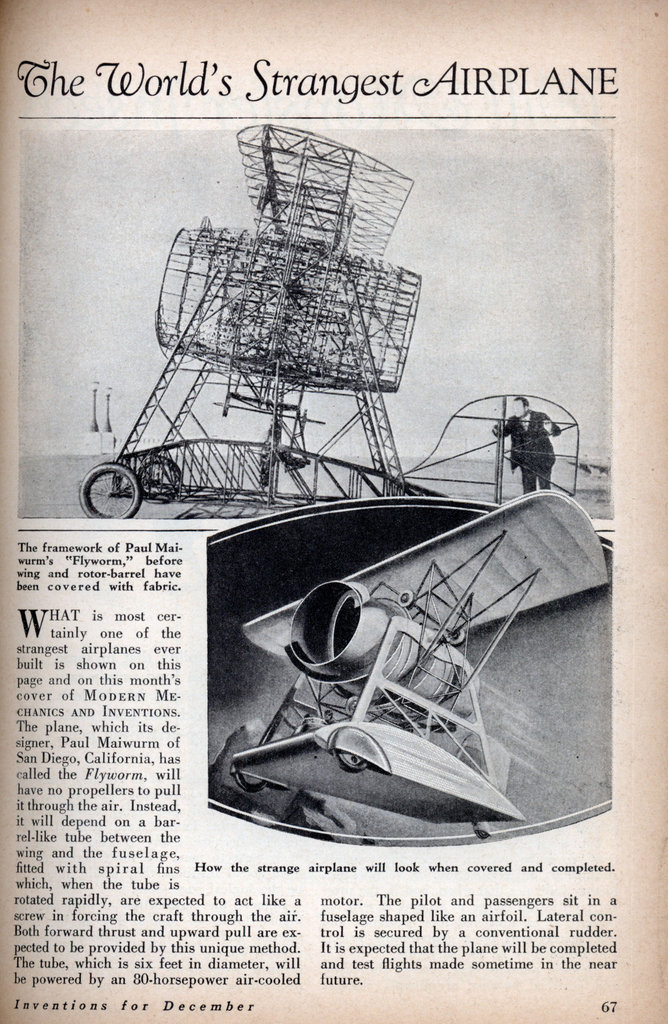 WHAT is most certainly one of the strangest airplanes ever built is shown on this page and on this month’s cover of Modern Mechanics and Inventions. The plane, which its designer, Paul Maiwurm of San Diego, California, has ailed the Fly worm, will have no propellers to pull it through the air. Instead, it will depend on a barrel-like tube between the wing and the fuselage, fitted with spiral fins which, when the tube is rotated rapidly, are expected to act like a screw in forcing the craft through the air. Both forward thrust and upward pull are expected to be provided by this unique method. The tube, which is six feet in diameter, will he powered by an 80-horsepower air-cooled motor. The pilot and passengers sit in a fuselage shaped like an airfoil. Lateral control is secured by a conventional rudder. It is expected that the plane will be completed and test flights made sometime in the near future.