Popular Mechanics
Issue: Nov, 1969
Posted in: Advertisements, Automotive
5 Comments on This horse is better than most 1970 cars (Nov, 1969) 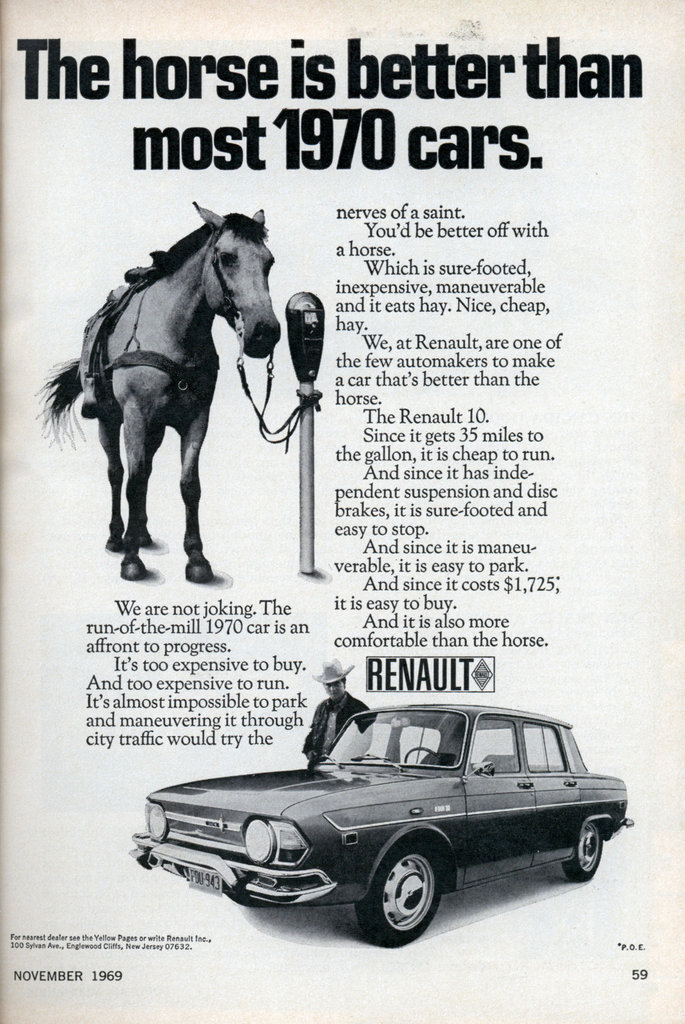 This horse is better than most 1970 cars

We are not joking. The run-of-the-mill 1970 car is an affront to progress.

You’d be better off with a horse.

Which is sure-footed, inexpensive, maneuverable and it eats hay. Nice, cheap, hay.

We, at Renault, are one of the few automakers to make a car that’s better than the horse.

Since it gets 35 miles to the gallon, it is cheap to run.

And since it has independent suspension and disc brakes, it is sure-footed and easy to stop.

And it is also more comfortable than the horse.