This certainly wouldn’t have any problem landing in the Hudson… 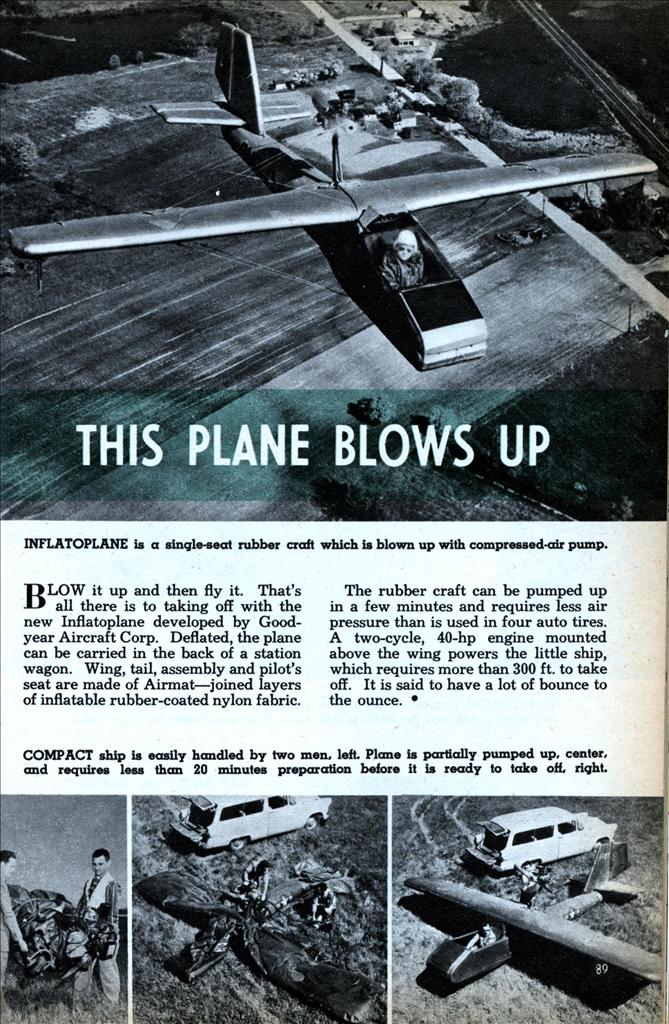 THIS PLANE BLOWS UP

BLOW it up and then fly it. That’s all there is to taking off with the new Inflatoplane developed by Goodyear Aircraft Corp. Deflated, the plane can be carried in the back of a station wagon. Wing, tail, assembly and pilot’s seat are made of Airmat—joined layers of inflatable rubber-coated nylon fabric.

The rubber craft can be pumped up in a few minutes and requires less air pressure than is used in four auto tires. A two-cycle, 40-hp engine mounted above the wing powers the little ship, which requires more than 300 ft. to take off. It is said to have a lot of bounce to the ounce.