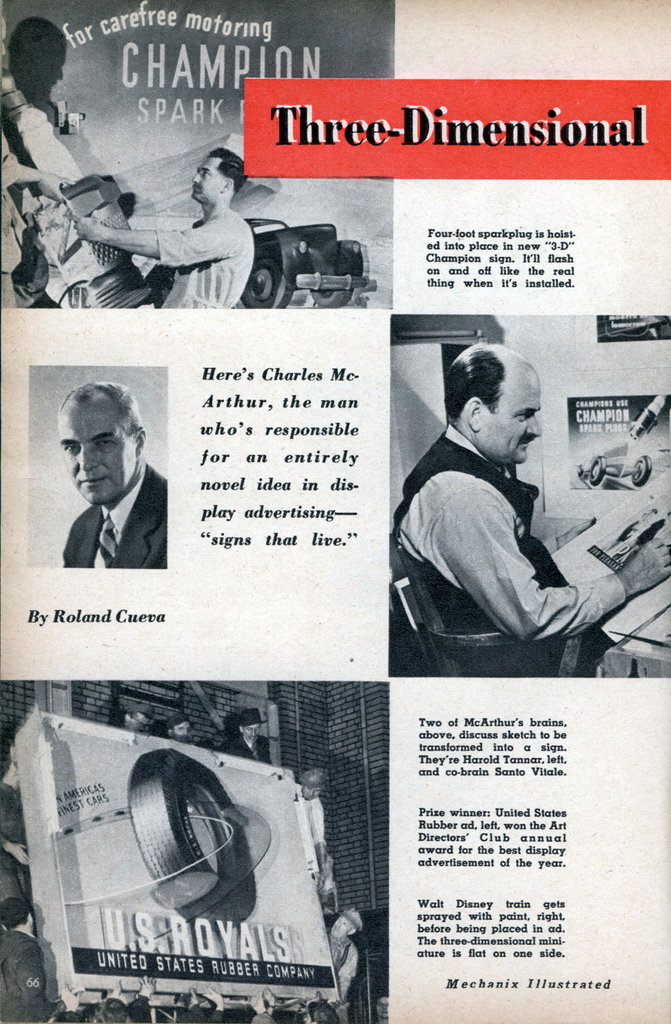 IN New York’s Grand Central Terminal a good-looking, gray-haired man stared intently at a big advertising sign on the station wall. The bright-colored sign was not flat like a poster, but had three-dimensional depth and was set in a frame like a marionette show.

A crowd soon surrounded the ad gazer and began gaping at the sign, too. The man listened to their exclamations and comments with interest, for he was engaged in his favorite pastime—studying his own signs and getting the public reaction to them first-hand.

The name of the ad-gazing adman is Charles H. McArthur, a 59-year-old native of Chicago. He has created what he firmly believes is the first really original advertising medium since the invention of the radio. His belief in his own brainchild is borne out by the phenomenal success of the new signs. In less than two years his three-dimensional displays have made a million-dollar hit by virtually turning big, dreary depots into colorful art galleries. He’s getting ready now to put his show on the road. Soon his novel 3-D’s will be brightening up not only the ads but also the weary traveler in every railroad station in the country.