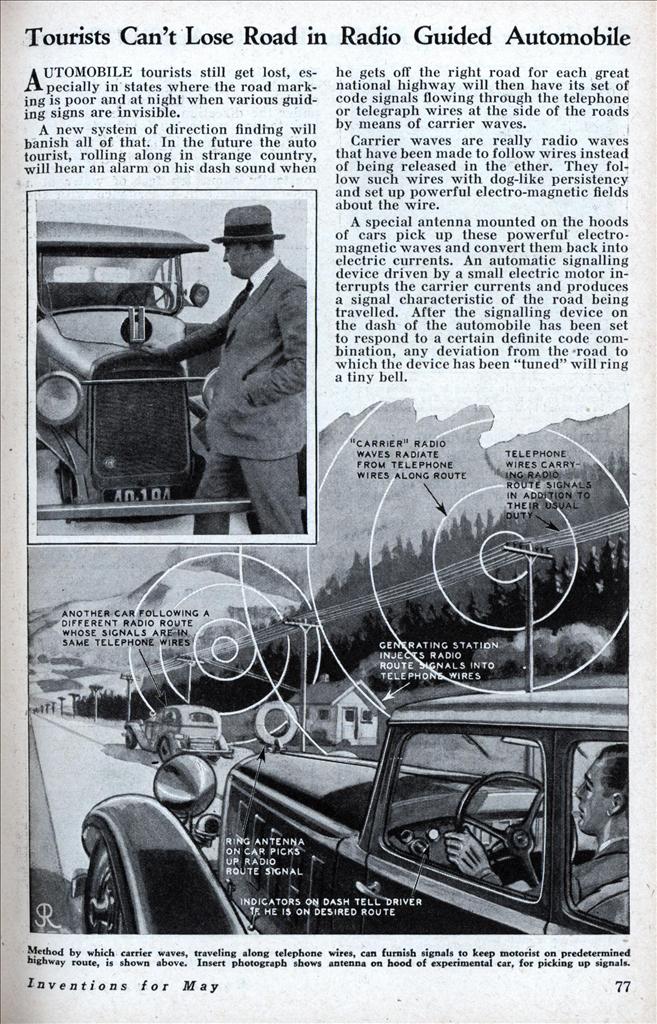 AUTOMOBILE tourists still get lost, especially in states where the road marking is poor and at night when various guiding signs are invisible.

A new system of direction finding will banish all of that. In the future the auto tourist, rolling along in strange country, will hear an alarm on his dash sound when he gets off the right road for each great national highway will then have its set of code signals flowing through the telephone or telegraph wires at the side of the roads by means of carrier waves.

Carrier waves are really radio waves that have been made to follow wires instead of being released in the ether. They follow such wires with dog-like persistency and set up powerful electro-magnetic fields about the wire.

A special antenna mounted on the hoods of cars pick up these powerful electromagnetic waves and convert them back into electric currents. An automatic signalling device driven by a small electric motor interrupts the carrier currents and produces a signal characteristic of the road being travelled. After the signalling device on the dash of the automobile has been set to respond to a certain definite code combination, any deviation from the road to which the device has been “tuned” will ring a tiny bell.