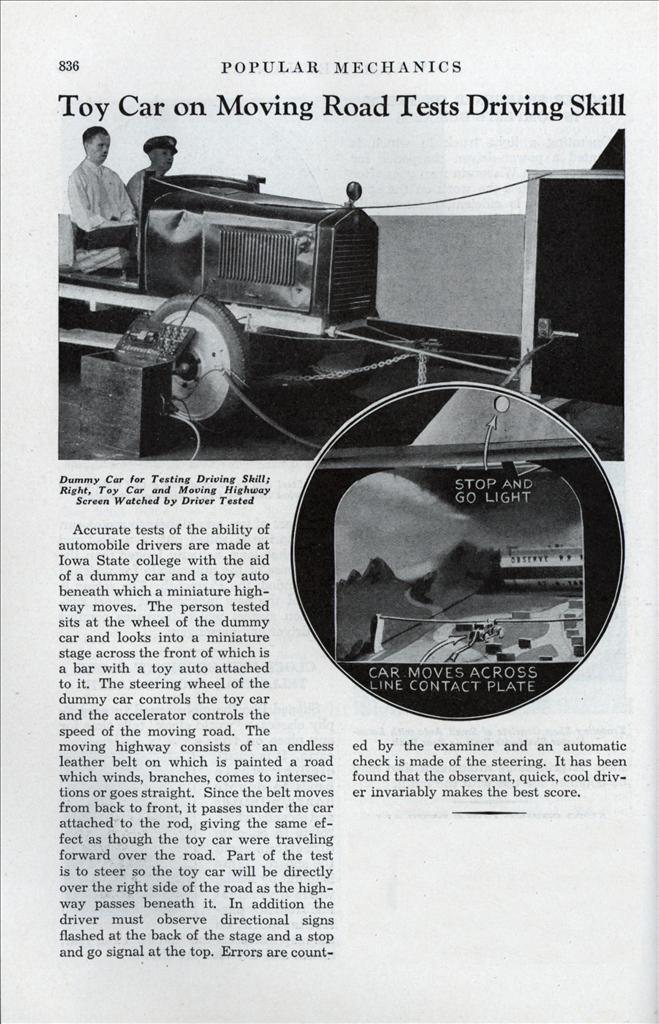 Accurate tests of the ability of automobile drivers are made at Iowa State college with the aid of a dummy car and a toy auto beneath which a miniature highway moves. The person tested sits at the wheel of the dummy car and looks into a miniature stage across the front of which is a bar with a toy auto attached to it. The steering wheel of the dummy car controls the toy car and the accelerator controls the speed of the moving road. The moving highway consists of an endless leather belt on which is painted a road which winds, branches, comes to intersections or goes straight. Since the belt moves from back to front, it passes under the car attached to the rod, giving the same effect as though the toy car were traveling forward over the road. Part of the test is to steer so the toy car will be directly over the right side of the road as the highway passes beneath it. In addition the driver must observe directional signs flashed at the back of the stage and a stop and go signal at the top. Errors are count-