This is pretty great idea. 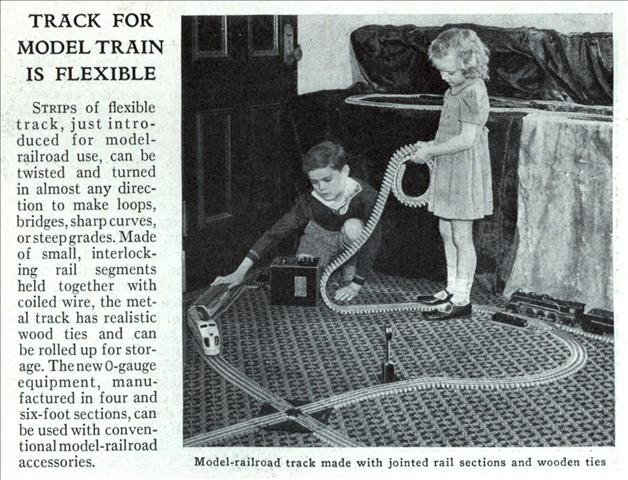 TRACK FOR MODEL TRAIN IS FLEXIBLE

Strips of flexible track, just introduced for model-railroad use, can be twisted and turned in almost any direction to make loops, bridges, sharp curves, or steep grades. Made of small, interlocking rail segments held together with coiled wire, the metal track has realistic wood ties and can be rolled up for storage. The new O-gauge equipment, manufactured in four and six-foot sections, can be used with conventional model-railroad accessories.