Train Rolls Through Maze of Wires on Suspended Track (Dec, 1955) 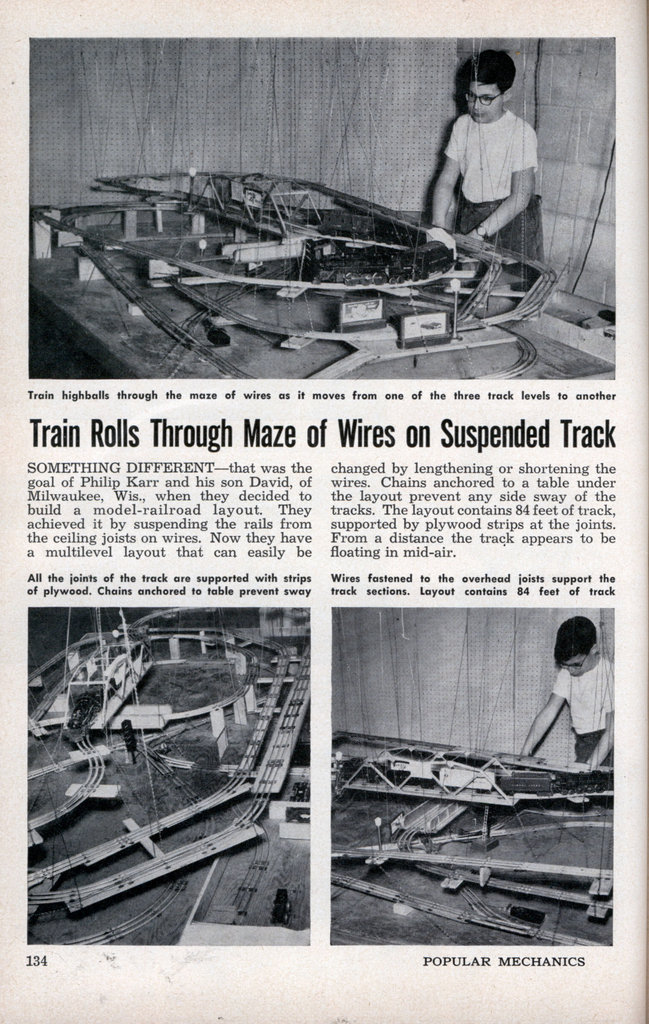 Train Rolls Through Maze of Wires on Suspended Track

SOMETHING DIFFERENTâ€”that was the goal of Philip Karr and his son David, of Milwaukee, Wis., when they decided to build a model-railroad layout. They achieved it by suspending the rails from the ceiling joists on wires. Now they have a multilevel layout that can easily be changed by lengthening or shortening the wires. Chains anchored to a table under the layout prevent any side sway of the tracks. The layout contains 84 feet of track, supported by plywood strips at the joints. From a distance the track appears to be floating in mid-air.