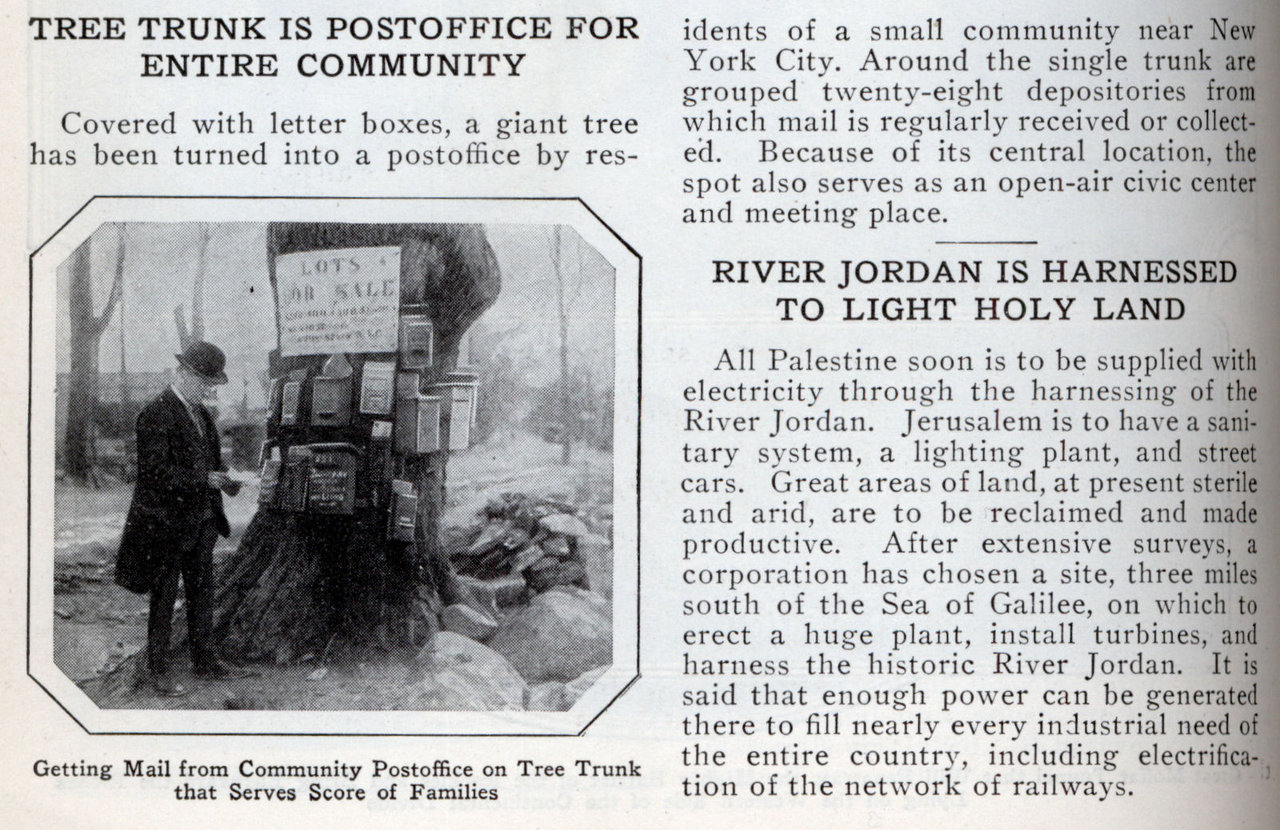 Covered with letter boxes, a giant tree has been turned into a postoffice by residents of a small community near New York City. Around the single trunk are grouped twenty-eight depositories from which mail is regularly received or collected. Because of its central location, the spot also serves as an open-air civic center and meeting place.

All Palestine soon is to be supplied with electricity through the harnessing of the River Jordan. Jerusalem is to have a sanitary system, a lighting plant, and street cars. Great areas of land, at present sterile and arid, are to be reclaimed and made productive. After extensive surveys, a corporation has chosen a site, three miles south of the Sea of Galilee, on which to erect a huge plant, install turbines, and harness the historic River Jordan. It is said that enough power can be generated there to fill nearly every industrial need of the entire country, including electrification of the network of railways.