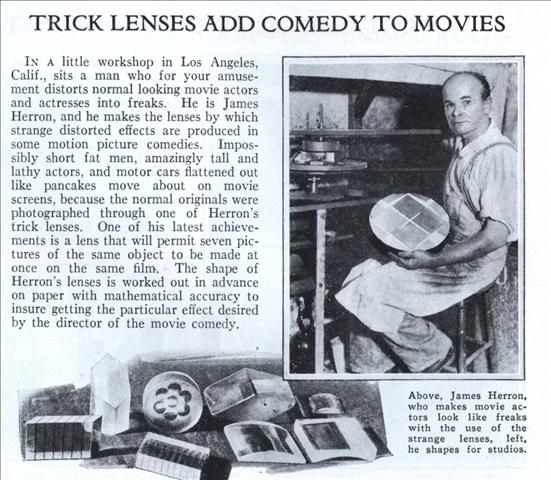 In a little workshop in Los Angeles, Calif., sits a man who for your amusement distorts normal looking movie actors and actresses into freaks. He is James Herron, and he makes the lenses by which strange distorted effects are produced in some motion picture comedies. Impossibly short fat men, amazingly tall and lathy actors, and motor cars flattened out like pancakes move about on movie screens, because the normal originals were photographed through one of Herron’s trick lenses. One of his latest achievements is a lens that will permit seven pictures of the same object to be made at once on the same film. The shape of Herron’s lenses is worked out in advance on paper with mathematical accuracy to insure getting the particular effect desired by the director of the movie comedy.