Popular Science
Issue: Dec, 1930
Posted in: Sign of the Times, Trains
No Comments on TROLLEY MATCHES SPEED OF PLANE (Dec, 1930) 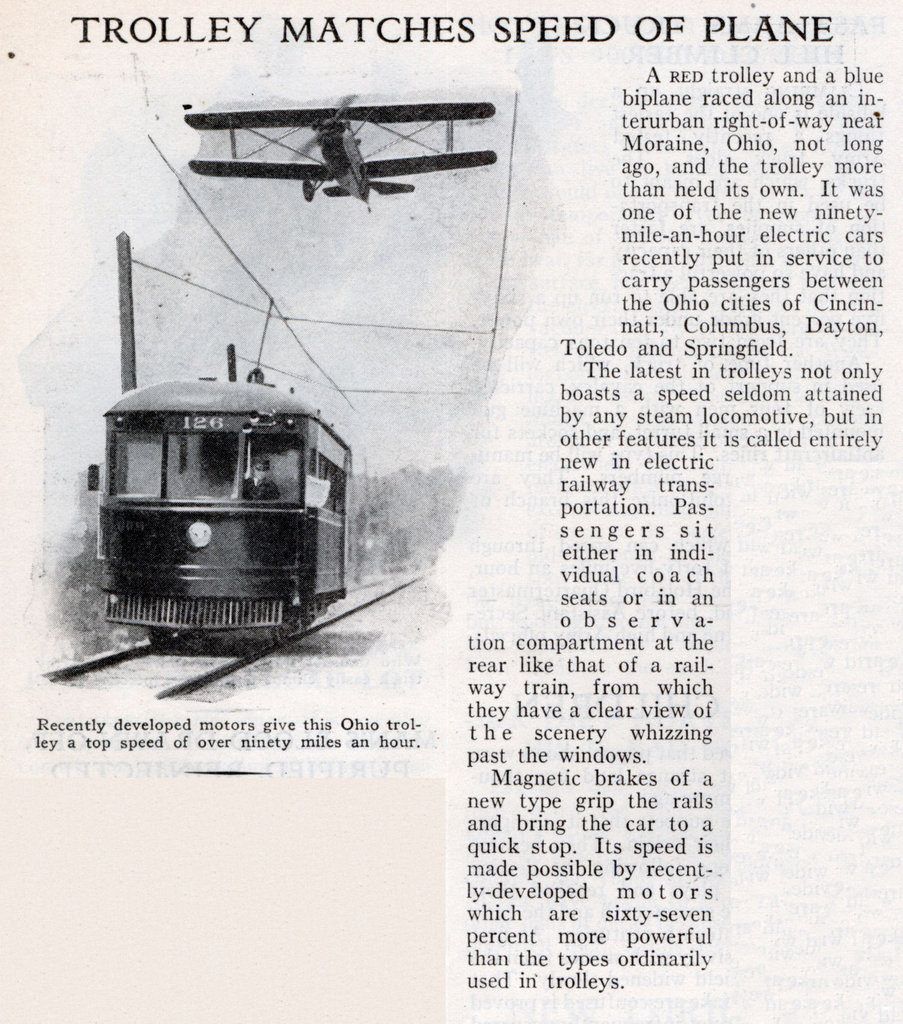 TROLLEY MATCHES SPEED OF PLANE
A red trolley and a blue biplane raced along an in-terurban right-of-way near Moraine, Ohio, not long ago, and the trolley more than held its own. It was one of the new ninety-mile-an-hour electric cars recently put in service to carry passengers between the Ohio cities of Cincinnati, Columbus, Dayton, Toledo and Springfield.

The latest in trolleys not only boasts a speed seldom attained by any steam locomotive, but in other features it is called entirely new in electric railway transportation. Passengers sit either in individual coach seats or in an observation compartment at the rear like that of a railway train, from which they have a clear view of the scenery whizzing past the windows.

Magnetic brakes of a new type grip the rails and bring the car to a quick stop. Its speed is made possible by recenty-developed motors which are sixty-seven percent more powerful than the types ordinarily used in trolleys.